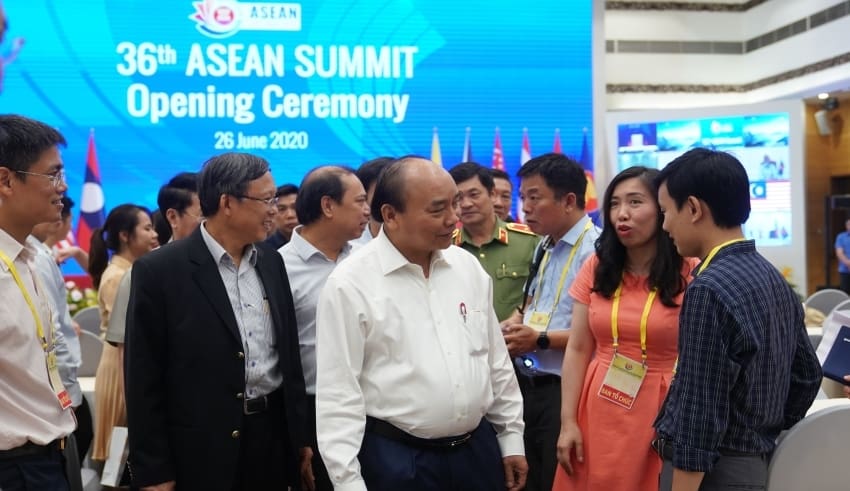 HANOI – Prime Minister Nguyen Xuan Phuc made a visit to the International Convention Centre (ICC) in Hanoi to check the preparations for the 36th ASEAN Summit which would be through video conferencing on June 26.

The summit will be the first time Vietnam will be hosting as the Chair in 2020.

The prime minister were impressed with the progress being made as it is important that the host country ensure uninterupted communication between the delegates during the event.

PM Phuc will also preside on the opening of the ceremony together with the leaders from the other ASEAN member states.

The conference will focus on the key tasks of fighting the pandemic and the recovery plan for the region. Asean leaders will also discuss the ASEAN community’s building efforts to improve the lives of the people.

The member states will also aim to build plans for the post-2025 ASEAN Vision. Over 200 domestic and international participants are expected to participate on the summit.