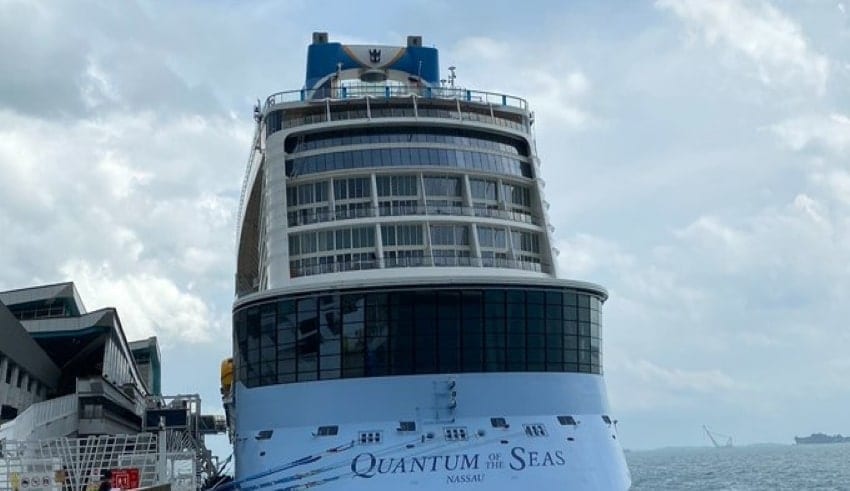 According to Singapore's health ministry, the Singaporean passenger who tested positive for Covid-19 aboard a cruise ship has subsequently tested negative for the disease.
(C) coconuts

SINGAPORE – According to Singapore’s health ministry, the Singaporean passenger who tested positive for Covid-19 aboard a cruise ship has subsequently tested negative for the disease.

The passenger, an 83-year-old man, was onboard the Quantum of the Seas of the Royal Caribbean, which set sail for a round trip to the city-state on Dec. 7 with no port of call in between. After the passenger went through a Polymerase Chain Reaction (PCR) test on the cruise liner which returned positive for Covid-19, the ship was forced to return on Wednesday, a day earlier than expected.

In order to diagnose cases, PCR tests have been commonly used as they are effective in their diagnosis, but results take hours to return.

“His initial sample has since been re-tested for (Covid-19) contamination at the National Public Health Laboratory (NPHL) and has returned negative. The Ministry of Health said Wednesday night, adding that another test will be performed the next day to confirm his Covid-19 status, a second fresh sample checked by NPHL has also returned negative.

The Ministry of Health reported on Thursday afternoon that the passenger did not have Covid-19.

“In its statement, the health ministry added, “We have rescinded the Quarantine Orders of his close contacts, who had previously been put on quarantine as a precautionary measure while investigations were underway.

At 2:30 p.m., the passenger was taken to the National Infectious Disease Centre. Singapore time on Wednesday, according to the Tourism Board of Singapore.

The tourism board added that all 1,680 passengers and 1,148 crew on board had tested negative for the virus prior to the ship’s departure. Passengers and crew members who came into direct contact with the person concerned were isolated and other passengers were forcibly checked before being able to depart the Marina Bay Cruise Centre, where the ship was docked.

Royal Caribbean said its entire crew would undergo PCR tests on Thursday in a separate statement, while the ship would be thoroughly washed and disinfected.

In the midst of the pandemic, Singapore’s “cruise to nowhere” initiative is an effort to strengthen travel demand. Cruise liners have to receive a compulsory safety certification to participate and will be subject to an examination before they are permitted to start sailing.