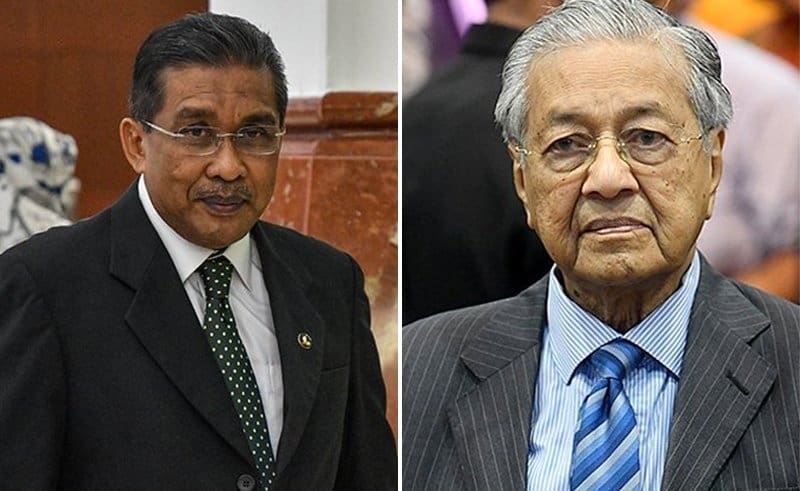 Minister at the Department of Prime Minister Takiyuddin Hassan hit Dr. Mahathir Mohamad about his comments on the money laundering case issue with Riza Aziz.

Takiyuddin on an intense statement told Mahathir not to be a hypocrite because he was confused about the Kuala Lumpur Sessions Court’s decision to award Riza a discharge of no acquittal (DNAA).

As a previous prime minister Tun ‘s acts were irrational. The government wishes that Tun will not try to deceive the public by pretending he’s puzzled. In fact, Mahathir had expressed his criticism of the result of Riza ‘s trial, stating he was confused in a video shared on social media that a individual charged with having robbed property could get charges dismissed if he promised to refund the money.

He added that the administration of Perikatan Nasional (PN) acted in accordance with the law and adhered to the principles of judicial liberty and a legal process.

Riza, the stepson of seventh Prime Minister Datuk Seri Najib Razak, has been awarded a discharge not amounting to an acquittal for money laundering allegations involving RM1.08 billion related to the financial crisis of 1MDB.

a DNAA after it was told the agreement would be subject to the accused upholding his side of the bargain. In exchange he will surrender international assets estimated at RM465.3 million.

While Dr Mahathir said he did not challenge the decision of the court, his opinion as a legislator was that the law would have to adjust.