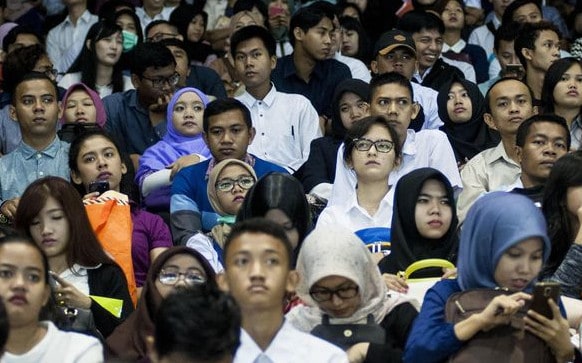 The Coordinating Ministry for Human Development and Culture (PMK) assesses the development of the times and technological revolution, especially employment opportunities that open up opportunities for secondary education graduates are increasingly narrowing.

He said, until now the data showed that there were 1.8 million graduates of Upper Middle School (SMA) who were forced to work and could not continue to tertiary education.

“Look at the example, for example, how does the payment system change using e-toll. That has reduced how many employees at the toll booth? Thousands, right?” he said.

Agus added, this could be predicted to occur in many other sectors. One of them is also supermarkets, for example abroad have not used many human servants at the cashier.

If there is no concrete and significant effort to overcome this, then according to him the number of job seekers and job opportunities will not be balanced. He also said the narrowing of employment in many sectors will continue to occur along with economic growth.

Agus also explained, another 1.8 million had to find work with a high school degree or equivalent. Every year this figure has to compete with 1.3 million college graduates with bachelor’s and diploma degrees in finding work.

“It means that every year, there are 3.1 million job seekers in Indonesia. This does not include open unemployment figures. Also not counting the population who dropped out of school. For this reason, he said that the pre-employment card was one of the government’s concerns in overcoming this case, “said Agus. In addition, his party also targets that the Gross Enrollment Rate (GER) or the percentage of the population attending school can increase by up to 45 percent by 2024. Agus said that this year APK in Indonesia has only reached 37 percent.