The Asian Affairs > Latest News > Indonesia > The Employment Bill is considered harming the people: Students and Workers ready for a demonstration 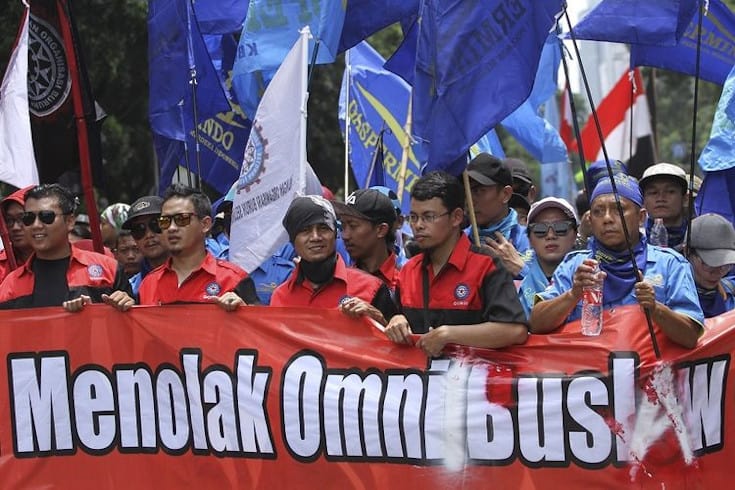 Students, laborers, and a number of Non-Governmental Organizations (NGOs) united their voices to reject the ratification of the Draft Employment Bill (RUU Ciptakerja).

The Employment Bill is accused of being more detrimental to the people, resulting in a wave of rejection from a number of walks of life.

The Chairperson of the University of Indonesia’s Student Executive Board (BEM UI), Fajar Adi Nugroho, said the current demonstration was indeed leading to the consolidation of all issues regarding the Employment Bill.

“We will take action again to the streets. This is one of our demands that has not yet been completed in the future, reforms are corrupted, related to the problematic legislation products, “he said at the Walhi Office, Mampang, South Jakarta, Thursday (20/2).

Fajar confessed not sure which campus will join. According to him, Trisakti is in the perspective assessment stage of the students by distributing questionnaires, while Gadjah Mada University (UGM) is still in the discussion stage.

Followed by statement of the Coordinator of Inter-Agency Relations Center for the National Labor Movement (SGBN), Akbar Rewoko admitted his student friends had experience in the corrupt reform movement.

“All that remains is to consolidate the existing consolidation for action, to be able to block the Cilaka Law in the Omnibus Law, there is no other way,” he said.

On the other hand, a public attorney for the Legal Aid Institute (LBH) of Jakarta, Citra Referendum stressed that they would also join in the rejection of the Ciptaker Bill, which according to him was also more detrimental to the public. She claimed ready to plunge on the road with the unified elements, eventhough she did not mention when is the exact date.