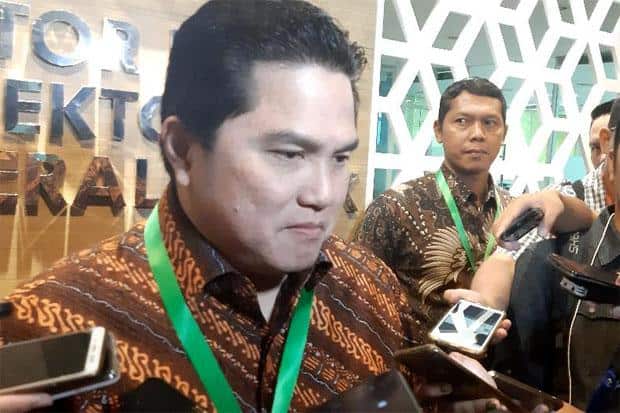 Erick revealed, 10 state-owned companies that were dying. Later, the state-owned company will be controlled with two options, namely closed (liquidation) or merged. However, Erick admitted that he still had to review the condition or performance of all BUMN companies.

“Yes, we can’t do anything bad. It means that if we have it, now we will start mapping. But it is certainly possible that if we can, 5-10 (companies) can (close) immediately,” Erick said in Jakarta, Friday (21/2).

Erick explained, To implement these two options, the Ministry of SOEs is still awaiting the issuance of a presidential regulation (Perpres) that should have been issued this week. However, due to a number of obstacles, it is predicted that the Perpres will only be issued next week. “Yes, the target was yesterday. It’s just because we haven’t been waiting for next week,” he said.

Erick also emphasized that he did not want to wait too long in the liquidation process of the dying SOE. Erick hopes that this process can take place before mid 2020. “If possible, it will be even faster,” he said.

There are 9 state-owned enterprises that are ‘sick’ and become patients of PT Asset Management Company (PPA).

The Director of Construction Business and Asset Management of Dikdik Permadi said of the nine companies, one company, namely PT Kertas Leces, failed to be saved. This company has been declared bankrupt, and is now awaiting asset liquidation.