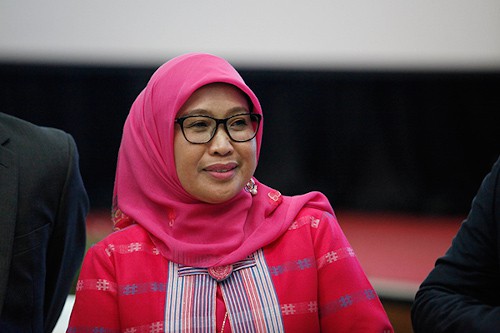 All levels of election supervisors are asked to be aware of money politics. The reason is, according to the Election Supervisory Body of the Republic of Indonesia (Bawaslu RI) the mode of money politics continues to develop from year to year.

The Commissioner of Bawaslu Ratna Dewi Pettalolo said, the trend of violations from year to year, not decreased, but increased. Money politics from the findings of election violations is not in the form of money, but goods, Umrah prizes, and insurance.

That was said by Ratna when inaugurating the Gakkumdu Center and the Oversight Center at the Tanjungpinang Bawaslu Office on Wednesday (3/4).

Bawaslu must strengthen supervision to prevent money politics. In the simultaneous elections in 2020, the potential for developing the latest money politics model. Provincial, district and city Bawaslu and their staff must be alert.

“Variants in money politics develop, and actors are more creative. What is quite alarming is that some people are quite open to accepting money politics,” Ratna said.

Still on the occasion, Ratna said, in various regions during the elections, some people accepted money politics. Even at the entrance to the village, there were banners reading “we accept money politics”.

“Money politics undermine the values ​​of justice in electoral democracy so it must be rejected, opposed to produce regional leaders from the right process,” said Ratna who is also the Coordinator of the Indonesian Election Supervisory Body.

Ratna gave an example, in various cases, it was revealed that the money given by the local election and election candidates was an average of Rp 100,000 for one voter. If it is divided for five years, the voters who receive the money are only IDR 5.5.

“This has no value,” she said.