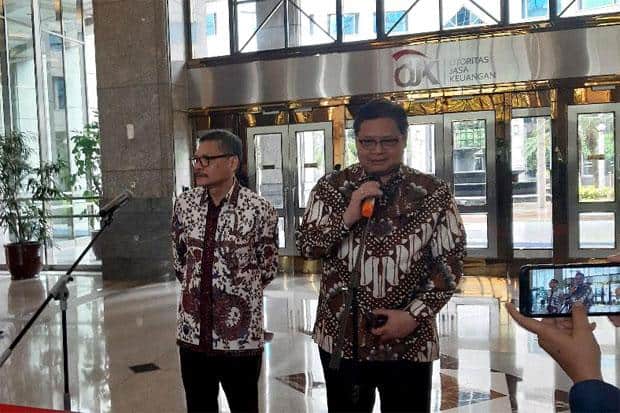 All national banks are asked to reduce their lending rates to reduce the impact of the spread of the corona virus or Covid-19. This was confirmed by the Coordinating Minister for Economic Affairs Airlangga Hartarto in Jakarta on Thursday (5/3).

According to Airlangga, the government has held joint meetings with Bank Indonesia, the Financial Services Authority (OJK) and banking companies to discuss implementing economic stimulus, such as interest rates, in dealing with the effects of the Corona Virus.

“This is a step to strengthen what can be done going forward, it was conveyed from the government that the KUR interest rate has been provided with a credit subsidy of Rp190 trillion. Basically the government hears input from stakeholder banking CEOs, and also conveys the government’s priorities with the first and second stimulus packages of course policies. “Taken by Bank Indonesia (BI) and OJK in the hope that transmissions rather than decreasing interest rates from BI can be felt by the public,” Airlangga said.

He continued, his side would soon issue another fiscal stimulus to fend off the impact of the Covid-19 outbreak. The fiscal stimulus or incentive issued by the government is shown for the tourism sector and provides export-import facilities in accordance with the previous President’s instructions.

“The government itself will undertake a second package related to the ease of exports and imports, as well as to hear from banks how the credit situation is and also related to funds entering the banking sector. Then steps to strengthen what can be done in the future,” explained the Chairperson of the Golkar Party.