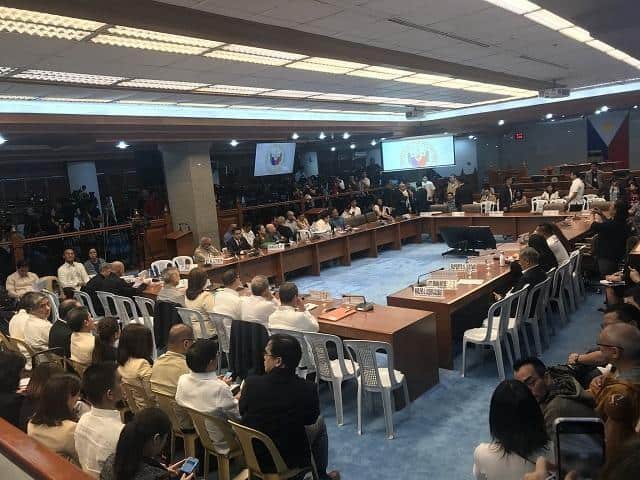 The Senate Public Services Committee began its hearing on the ABS-CBN Corporation franchise bill on Monday.

The Senate Committee has continued with hearing on the bills even though the House of Representatives has yet to vote on the matter by itself.

Senators agreed that the Senate should be able to hear the bills as long as there is no committee report to present.

President Rodrigo Duterte has consistently voiced opposition to the extension of the ABS-CBN franchise after the network reportedly refused to broadcast a political commercial that was already paid for during his 2016 presidential bid.

Franchise from the TV network is set to expire on 30 March.