The Asian Affairs > Blog > Economy > Thinning stock of fiber and yarn, only sufficient for 3 weeks 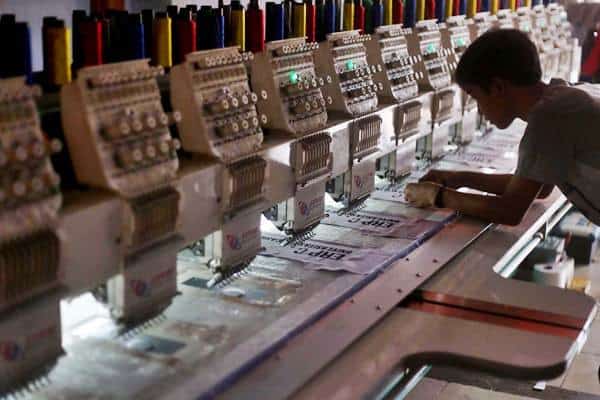 Thinning stock of fiber and yarn, only sufficient for 3 weeks
(C)Ekonomi.Bisnis

Secretary General of the Indonesian Filament Fiber and Yarn Manufacturers Association (APSyFI) Redma Wirawasta said the stock of raw materials in the form of fibers, yarns and fabrics for the Textile and Textile Products (TPT) industry was running low.

Redma said that the stock of raw materials will only last for about three weeks. He claimed the decline in stock was due to the Corona virus outbreak that had made the production of raw materials in China stagnant.

According to him before the Corona virus has run rampant, fabric stocks are likely to improve for about 1.5 months and the thread can be for five weeks. Although now China has been speeding production up to 70 percent, but it has not been able to improve the domestic raw material stock.

He said he felt the surge in demand when China stopped production until now actually weakened demand.

“From the demand side we do not understand maybe because there are many layoffs or garments, many imported finished goods,” said Redma, Sunday (3/15/2020).

He hopes that the government will continue to maintain its commitment to the ease of import policy so that after all the return is conducive, there will be no pile of Chinese products circulating in the domestic market.

On the other hand, Executive Director of the Indonesian Footwear Association (Asprisindo) Firman Bakrie said the flow of goods from China to Indonesia or vice versa was also hampered from 3 February to 17 February 2020.

This has caused industrialists to turn their heads, so that they use air routes in the distribution of goods to meet the buyers’ dateline in foreign markets and fulfill domestic Ramadan preparations.

However, the demand for faster production to China is giving effect to some of the country’s footwear industry to pay an additional fee or charge as much as 10 percent of the normal price.

In addition, Firman said there was an import duty of around 5-15 percent of the value of raw materials that had to be issued by footwear manufacturers in the country to bring in raw materials for airways.

“We usually use special materials from China in order to get exemption from import duties. However, because there are [manufacturers] who use air cargo but must stop by first, finally when they enter Indonesia, they are even subject to import duties,” said Firman .

Firman suggested to the government to provide special cargo for Indonesia – China lane or allow the use of airway duty free forms to facilitate and ease the distribution of domestic raw materials.

He also stated, the national raw material stock was still not normal until early March 2020.