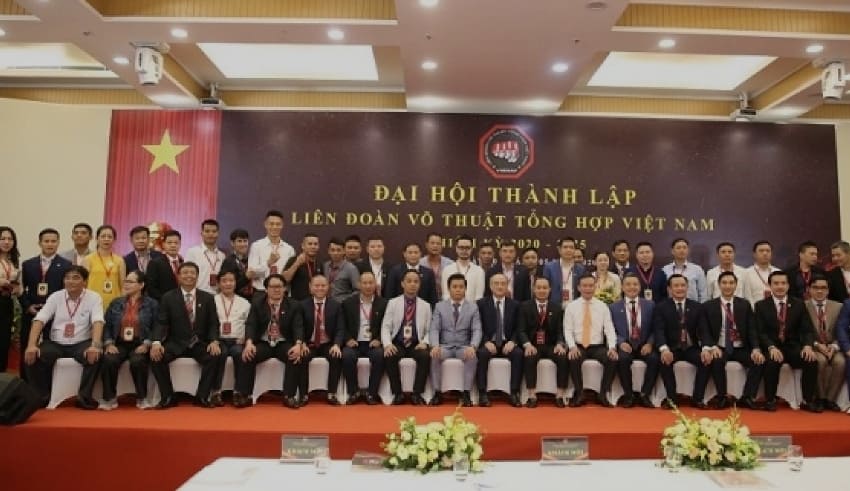 HANOI – The Vietnam Mixed Martial Arts Federation (VMMAF) has officially made its debut on May 30.

The announcement following a founding congress (2020-2025 tenure) in Hanoi, Over 100 delegates were present as the congress elected an executive board of 21 members for the newly founded mixed martial arts federation. Chairman of the Members’ Council of the East Sea Shipping Service Limited Company Ngo Duc Quynh was awarded the inaugural VMMAF presidency.

Mixed Martial Arts in Vietnam are steadily developing as many of its fans and players are participating in MMA practice and international competition over the past years. There are currently 50 MMA clubs in the country which are equipped with state of the art facilities that accomodates up to 5,000 people.

Vietnamese fighters like Cung Le (Strike Force champion), Martin Nguyen (double weight class champion) and Ben Nguyen (UFC) have gained internation fame on their respective competitions. Tran Quang Loc is currently rank 9th in the Asian Bantanweight rankings. With the approval of the Ministry of Culture, Sports and Tourism and founding congress, The VMMAF will be a key factor in the development of MMA in Vietnam. The federation is expected to establish a number of MMA training and competition centres in the country while promoting MMA to be integrated intensively with the international MMA community.