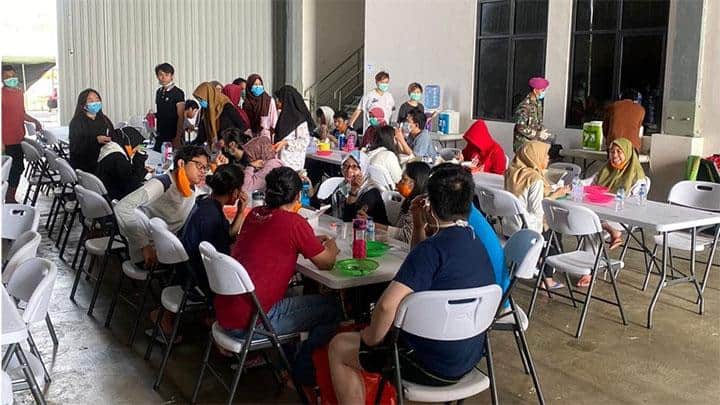 Protests to Indonesia citizens from China that quarantined in Natuna still going on. Natuna Regent Abdul Hamid Rizal and several community representatives flew to Jakarta to raise the protests on Monday, February 3. They want to meet President Joko “Jokowi” Widodo and bring six demands related to the central government’s decision to quarantine and observe Indonesians evacuated from coronavirus-hit China in the Natuna island.

According to Abdul, the local administration was never informed of that observation program. “I was oblivious of the program,” he said.

Therefore, Abdul and the entourage were determined to ask for Jokowi’s explanation. There are six demands from Natuna that they want to pointing out to central as follows:

1. Natuna demanded Indonesians evacuated from China to be relocated to the quarantine site to Indonesian Navy warships (KRI). They want this observation will be carried out offshore and dismiss public unrest.

2. The community asked for guarantee, namely compensation in the form of health insurance

3. Bring in psychiatrists and doctors to the island. Because this problem does not only affect the physical health, but also the mental health of Natuna people, as said by  the community representatives.

4. Health Minister Terawan should have an office in Natuna. This is as a form of health and security assurance.

5. Urge the central government to disseminate the program or policy in the future.

6. Natuna people demanded the regional government or local administration should be the bridges  between the community and the central government.

Furthermore, there is further action if the government does not give in to the demands of Natuna people over the coronavirus quarantine program. The community will file no-confidence motion to the executives and the legislative.