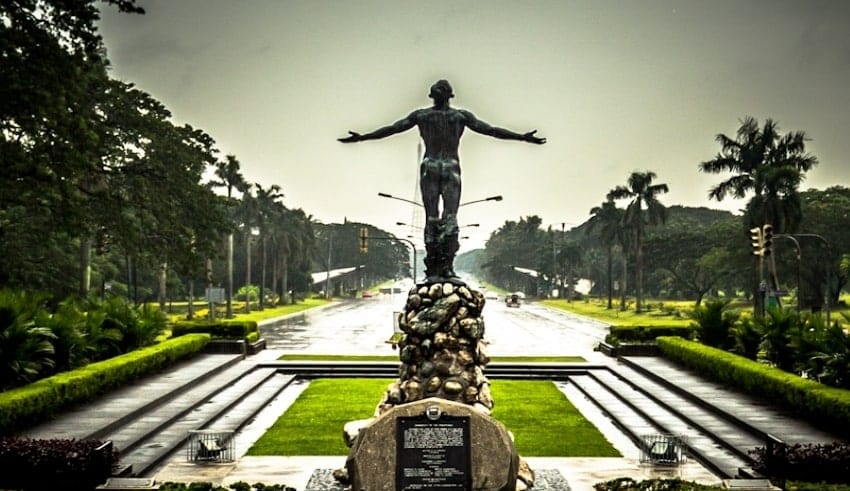 Defenders made a way as the members of the University of the Philippines College of Law faculty defended their former dean, Associate Justice Marvic Leonen of the Supreme Court.
(C) Herman Lumanog

Defenders made a way as the members of the University of the Philippines College of Law faculty defended their former dean, Associate Justice Marvic Leonen of the Supreme Court, against an exclusion offer they considered uncorroborated.

In order to throw the impeachment lawsuit and prioritizing more meaningful work for legislators the law professors advised the members of the House of Representatives to do right by the people. For them people should not allow this latest assault to send the nation further down the dark path, particularly while a global pandemic that still hangs over all the minds and threatens to bring the civilization into despair and destitution.

UP Law Faculty supporters release statement in support of SC Associate Justice Marvic Leonen calling for the dismissal of the impeachment complaint against him. More than 130 have signed the statement urging House Reps to "do right" by junking complaint. pic.twitter.com/kOM0qpZtEV

It takes the undivided attention of the executive and legislative branches to solve the pandemic, and the spectacle of political circuses should not distract the government from this much more significant mission, added the law professors. Recently, Deputy Speaker Rufus Rodriguez, a lawyer stated that the House Justice Committee would be able to answer the 2021 impeachment complaint.

However the UP Law professors stated that the lawsuit definitely does not state the grounds for reasons of impeachment, not the alleged sloth or alleged incompetence or even that he often dissents, but he has been targeted because he dares to uphold the laws and procedures that try to protect the electoral processes against the whims and abuses of those seeking greater political power.

Looking back, Leonen is the participant in charge of the protest at Marcos’ vice presidential poll. Previously, Marcos and Calida tried to inhibit Leonen from the trial, citing bias and intentional delay in the case’s deliberation. Nevertheless the SC junked both their unrelated but equivalent motions. Gadon and Marcos both denied the latter’s hand in the impeachment complaint through his spokesman.