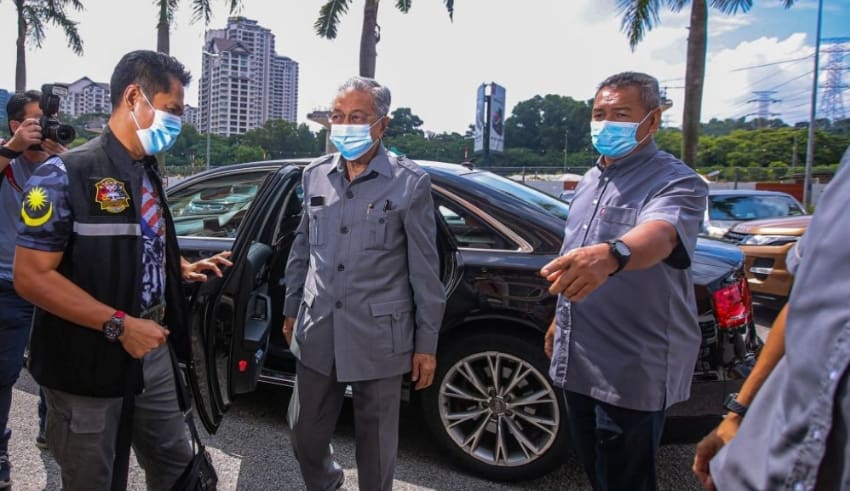 There’s another leak reportedly from the Bersatu Supreme Council meeting on February 23 included talks on the removal of Tun Dr Mahathir Mohamad as the prime minister at the time for a realignment of the governing parties.

The clip was posted on social media, and a single senior Bersatu member once again controlled the discussions. Within it, the Bersatu chief was heard debating two realignment options and stated that none of them involved the resignation of the Prime Minister.

Dr Mahathir has previously said that he was pressured to quit as prime minister because he lacked Bersatu ‘s support for not supporting former competitor Umno “en bloc.”

The speaker also stated that it was the desire of the dynasty that Dr. Mahathir should stay the Minister, because it was reportedly not in favour of the candidacy of PKR president Datuk Seri Anwar Ibrahim.

This is the third such leak from the same Supreme Council meeting held in Bersatu before the February fall of the Pakatan Harapan administration.

A previous leak featured the senior party chief, who advised the Supreme Council that Dr. Mahathir as chairman would agree to quit PH and that he should be granted a week. Nevertheless, the so-called “Sheraton Step” was carried out on the same evening, contributing to the Perikatan Nasional informal alliance ultimate takeover of the nation.

A second leak had the same speaker alleging that rival Umno lawmakers could be encouraged to join Bersatu with proposals to make them federal ministers or as government-linked corporate heads. Bersatu is embroiled in a civil war between forces allied with Dr Mahathir and Tan Sri Muhyiddin Yassin as president.

Since then, however, the group has removed Dr Mahathir’s memberships, and representatives allied with him for refusing to endorse the Perikatan Nasional government led by Muhyiddin as the prime minister. Through this, Dr Mahathir has launched a lawsuit against the revocation.