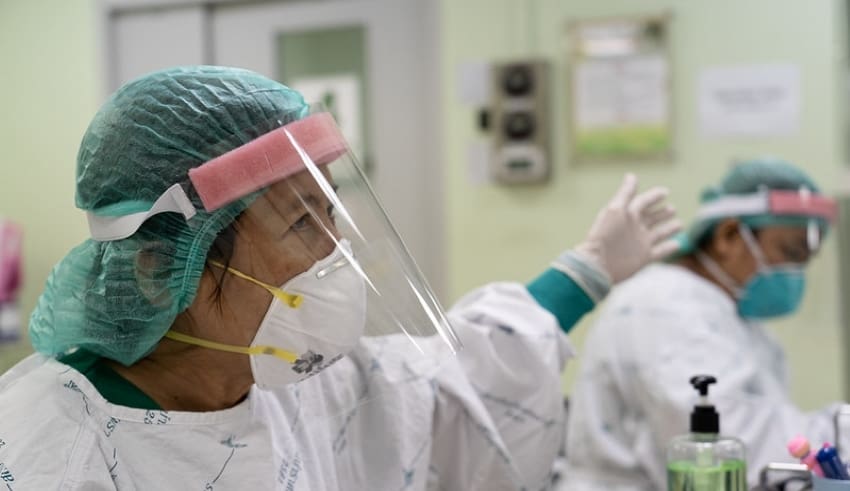 (C)Flickr,UN Women Asia and the Pacific

Public health volunteers battling the Covid-19 pandemic have agreed not to go ahead with a strike even if they get less than half of the government’s promised bonus pay.

The frontline volunteers have been credited with hard on-the-ground work to contain the virus outbreak. Earlier the government promised to send them a 19-month bonus of 500-baht on top of the 1,000-baht bonuses already earned by volunteers in public health. Last March to September of next year should have compensated for the 19 month bonus. According to deputy government spokeswoman Traisuree Taisaranakul.however agreed to cut the bonus pay to seven months. The bonus is payable over a period from March to September.

The months from March to June are offered on a monthly basis in a lump sum of 2,000 baht, and the rest. Ms. Traisuree said the bonus payments would be drawn from a 45-billion-baht fund being disbursed as part of the Government ‘s relief loans to ease the pandemic’s economic effects.

She said Prime Minister Prayut Chan-o-cha assured the cabinet the government wouldn’t renege on its 19-month bonus pledge, adding that the first component accepted was the seven months pay.

The National Council for Economic and Social Development (NESDC) Office had warned that if the government were to go ahead with the 19-month bonus, spending would be 6.9 billion baht overbudget.

Jamras Kamrod, chairman of the Thailand Association of Health Volunteers, said on Wednesday the volunteers did not object and would not complain. He said the volunteers had never had the bonus before, and that the pay came as a special financial incentive for their commitment shown in the fight against coronavirus.