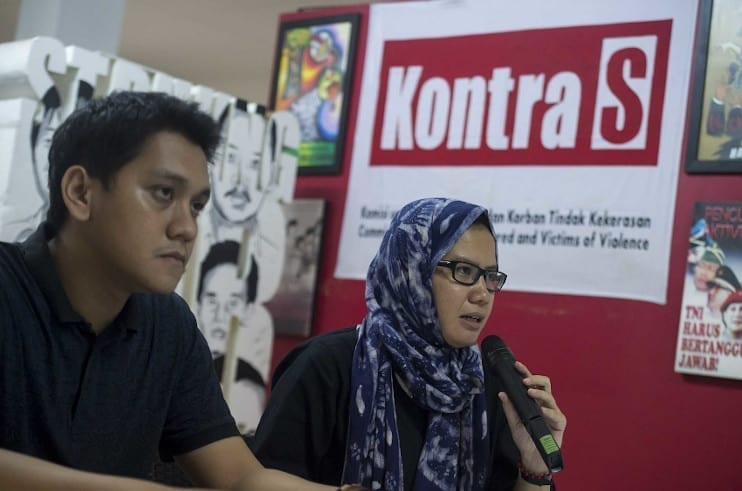 Previously, The Indonesian Forum for Environment (Walhi) refused to attend a meeting invitation from the Presidential Staff Office (KSP) at the Palace. Now, the Commission for Missing Persons and Victims of Violence (KontraS) is also doing the same thing.

It was said by Yati Andriyani as the KontraS Workers’ Body, the rejection was a form of criticism of the government’s attitude which seemed intentionally covering up and secretly in drafting the Omnibus Law on the Employment Copyright Bill (RUU Cipta Kerja).

“We convey our refusal to attend the event,” Yati said, Tuesday (3/3).

She said, KontraS had received an invitation letter from KSP numbered UND-32 /KSP/D.5/02/2020. In the letter, it was written that the meeting scheduled the submission of the written views related to the substance in the Employment Copyright Bill.

According to Yati, KontraS has a number of considerations to reject the KSP invitation. KontraS considered that the government had previously submitted the draft bill along with the academic draft of the Cipta Karya Bill without first providing space for public participation before the draft was submitted to the DPR RI.

“We view this activity as a justification room for discussion and ratification of the bill,” she said.

In addition, Yati suspected that the KSP invitation was an attempt to justify the existence of Omnibus Law. In fact, before that civil society had experienced difficulties in accessing the draft academic draft bill, and was not involved in the drafting process.

KontraS, according to Yati, had sent letters to a number of ministries, namely Kemenmarinves, Kemenkopolhukam, Kemenkumham, and Kemenkoperekonomian, before it was officially published. All ministries did not provide copies of the draft RUUCipta Omnibus Law.

Meanwhile, the substance of the Work Draft Bill shows that the government has ambitions to attract investment at the expense of human rights, the environment, labor rights and other welfare and justice agendas.

On the same occasion, KontraS urged the House of Representatives and the Government to stop discussing the Work Creation Bill based on the reasons outlined earlier.

“The DPR still has a variety of homework that is more important than the Work Creation Bill and requires more attention,” she stressed.