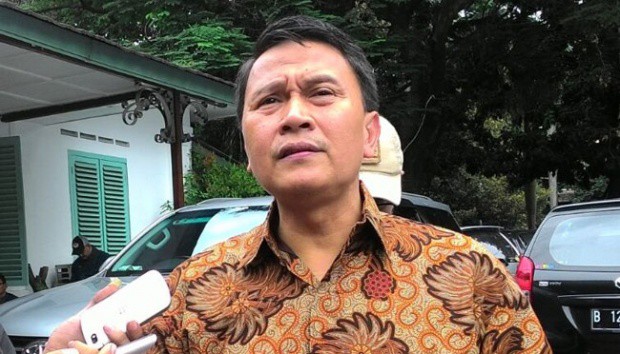 DPP Chairman of the Prosperous Justice Party (PKS) Mardani Ali Sera highlighted the emergence of the name Basuki Tjahaja Purnama alias Ahok in the stock exchange of candidates for the Chairman of the New Capital Authority Agency.

According to him, Jokowi did not have to force the former Governor of DKI Jakarta to the controversy. The reason is, there are still many figures who are trusted and deserve to be placed as candidates for the leadership of the new capital.

Mardani even mentioned when Ahok was rumored to be a strong candidate for President Commissioner of Pertamina. There are pros and cons to Ahok’s figure. The counter votes refused because of the PDIP cadre’s track record.

“Entering Pertamina is even busy. It’s a shame that people’s social capital is wasted. There are still many other strong and trustworthy individuals,” said Mardani.

For him, Ahok is a hard figure Ahok suitable to lead a new capital city because of a large number of budget projects. Ferdinand even asked Jokowi to realize it immediately.

“The character is hard, bursting is good for dealing with development with a budget of hundreds of trillions,” read Ferdinand on his Twitter account, @ ferdinandhaean2, Tuesday (3/3).

The government has determined new land for the capital in the North Penajam Paser and Kutai Kartanegara districts, East Kalimantan. It is projected that the new Capital City will be built in 2020. Also, it is targeted to be completed in 2024 at the same time as the process of moving the state civil servants (ASN).

Previously, President Jokowi acknowledged Ahok as one of the potentially appointed names to lead the new Capital City along with three other names.

“So, for the authority of the capital city of our country, it will immediately sign a presidential regulation where there will be a CEO. The CEO has yet to be decided and will soon be decided, God willing, this week,” Jokowi said at the Merdeka Palace in Jakarta, Monday (2/3).

There are at least four names prepared to lead the development of the nation’s capital. Besides Ahok, there is the name of the Minister of Research and Technology Bambang Brodjonegoro.