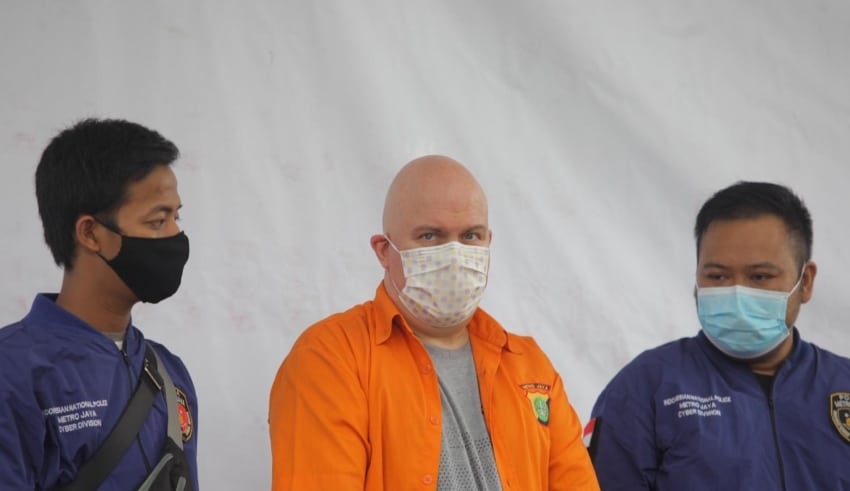 A US fugitive wanted by the Federal Bureau of Investigation (FBI) over a bitcoin scam has been arrested in Indonesia and charged under child protection law for suspected sex crimes, Indonesian police said on Tuesday, June 16.

Russ Albert Medlin, who entered the Southeast Asian nation on a tourist visa last year, was arrested on Monday after three minors alleged he paid to have sex with them, police said.

Russ Albert Medlin was arrested at his residence in Jakarta on Monday, June 15 after police questioned three minors, and he was suspected of sex crimes, Jakarta police spokesman Yusri Yunus told a streamed news conference. If convicted under Indonesia’s child protection laws, Medlin could face up to 15 years in prison, the police said, adding that they were confiscated more than $ 20,000 in cash from the suspect.

In 2019, according to a statement from US attorney Craig Carpenito, Medlin and his accomplices on the BitClub Network used a complicated world of cryptocurrency to take advantage of investors. Russ Medlin runs this crime through a company called BitClub Network. BitClub Network is a project that works in the interests of its members, helping investors get money in Bitcoin. Members are said to have exclusive access to the BitClub Network mining project and other Bitcoin search opportunities.

Based on documents obtained by AFP, Interpol has issued a red notice on Medlin on December 10, 2019. Medlin is sought by law enforcement in the United States for the main case of bitcoin stock investment fraud. Interpol data said, Medlin at least committed fraud from April 2014 to December 2019 in New Jersey and elsewhere. Investor losses totaled around 722 million USD.

Prosecutors in the US college that Medlin headed the “Bit Club Network”, which took money from investors in a “hi-tech Ponzi scheme”. It was not immediately clear if US authorities would seek Medlin’s extradition in the cryptocurrency case. “We are still waiting for a request from the US Embassy,” Jakarta police’s special investigation director Rome Hutajulu said on Tuesday. The traces of Medlin’s crime were not just a matter of Bitcoin fraud. He has been involved in cases of sexual abuse and child pornography.

Medlin is known to frequently commute to Indonesia since 2019 using a tourist visa. The police are still steeped in Medlin’s activities while in Indonesia.

Special Criminal Director of Greater Jakarta Metropolitan Regional Police Great Commissioner Roma Hutajulu said that his party had not found any indication of the involvement of the immigration authorities related to Medlin’s entry into Indonesia. Roma said, Medlin in and out of Indonesia using passports with different numbers. “By using another passport number. We will do another checking of the passport numbers used in the context of this FBI fugitive transfer,” he said.