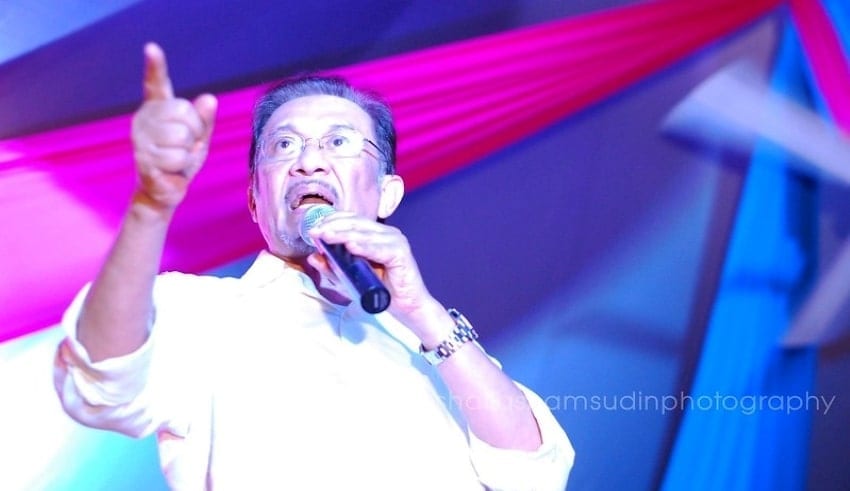 PKR President Anwar stated that he gave the order to stand down and has now acknowledged that his opinion was not shared by the leaders of the other Pakatan Harapan elements.
(C) Flickr,MOHD SHAFIQ

KUALA LUMPUR, Nov 27- Opposition leader Datuk Seri Anwar Ibrahim today admitted that during yesterday’s vote on the 2021 Budget, both DAP and Amanah tried to force a division of the House.

Despite expectation of strong opposition to Perikatan Nasional’s (PN) maiden Budget 2021, when only 13 Opposition legislators stood to try and compel bloc voting, the federal expenditure proposal sailed past the policy level.

Yesterday, PKR President Anwar stated that he gave the order to stand down and has now acknowledged that his opinion was not shared by the leaders of the other Pakatan Harapan elements.

Although my colleagues, especially Lim Guan Eng and Mohamad Sabu, felt the need for a division at the time, I decided to ask the party whips not to do so as Opposition leader and Pakatan Harapan chairman.

“This was so that parliamentarians could closely scrutinise the announcements of the finance minister,” he said in a statement today.

What prompted Anwar’s clarification today is unknown, but PH parties have come under heavy fire from supporters for their apparent failure, despite their previously vociferous complaints about it, to try to oppose Budget 2021.

The critiques ranged from capitulation to the abdication of their duties as legislators of the Opposition, while others ventured to speculate on a potential compromise with the rival PN.

Prior to the vote, Finance Minister Datuk Seri Tengku Zafrul Abdul Aziz declared several concessions to demands from both sides of the divide, including an extension of the credit moratorium for all B40 income earners and small businesses, as well as allowing 8 million EPF donors to withdraw up to RM10,000 over 12 months from their Account 1 in a single lump sum instead of RM6,000.

This required the approval of Budget 2021 through a voice vote amid shouts from legislators apparently rejecting the federal spending plan.

A rejection of the federal budget is deemed by tradition to be a successful vote of no confidence against the governing party and should be met with the resignation of the entire Cabinet.