The Asian Affairs > Latest News > Health > In the vaccine agreement with Pfizer, Malaysia 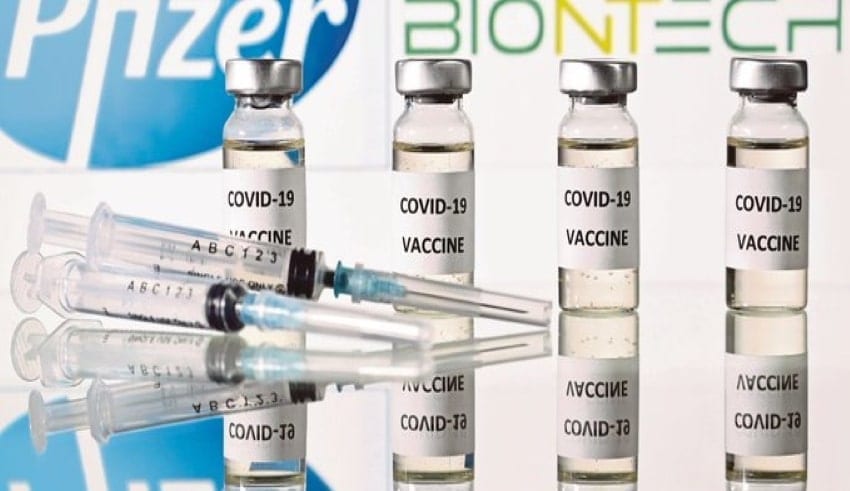 Malaysia signed an agreement with Pfizer Inc. for 20% of the population to receive its Covid-19 vaccine as it fights a revival of coronavirus infections.
(C) nst

KUALA LUMPUR: On Friday, Malaysia signed an agreement with Pfizer Inc. for 20% of the population to receive its Covid-19 vaccine as it fights a revival of coronavirus infections.

The deal to inoculate 12.8 million doses for 6.4 million people depends on the approval of the Pfizer vaccine by the US Food and Drug Administration and the Malaysian drug regulator, Prime Minister Muhyiddin Yassin said at a televised conference.

The announcement came on the same day that the UK-Swedish pharmaceutical company AstraZeneca signed agreements between Thailand and the Philippines to secure supplies of vaccines.

In Bloomberg’s Covid Resilience Rating, the battle to curb the spread of the virus has placed Malaysia behind Indonesia, which tests the success of countries in battling the virus with limited social and business disruptions. In spite of being the virus hotspot of Southeast Asia, the latter is ranked 19th, 10 places above Malaysia.

Indonesia has orders from at least four suppliers of vaccines, including Sinovac Biotech and AstraZeneca, in late-stage trials. The data collected by Bloomberg shows that access ranks the country second in Asia after China and on par with Japan and India for securing much-anticipated immunizations.

Pfizer revealed the vaccine earlier this month was 95 percent successful in preventing the disease. In the first quarter of 2021, the US drugmaker will send one million doses to Malaysia, 1.7 million in the second, 5.8 million in the third and 4.3 million in the final three months of the year, Muhiyddin said.

Malaysia also signed an agreement with the WHO-backed Covax program to provide 10 percent of the population with vaccinations, the Malaysiakini news site announced Friday, quoting the premier.

Vaccines will be available free of charge to locals, although foreigners living in Malaysia will have to pay for them, according to the article. In January, a comprehensive vaccine roll-out plan will be announced.

As part of a government-to-government deal with China, Malaysia will conduct its first Covid-19 vaccine trial in December, the prime minister said. It will be a phase III vaccine candidate trial developed at the Chinese Academy of Medical Sciences by the Institute of Medical Biology.