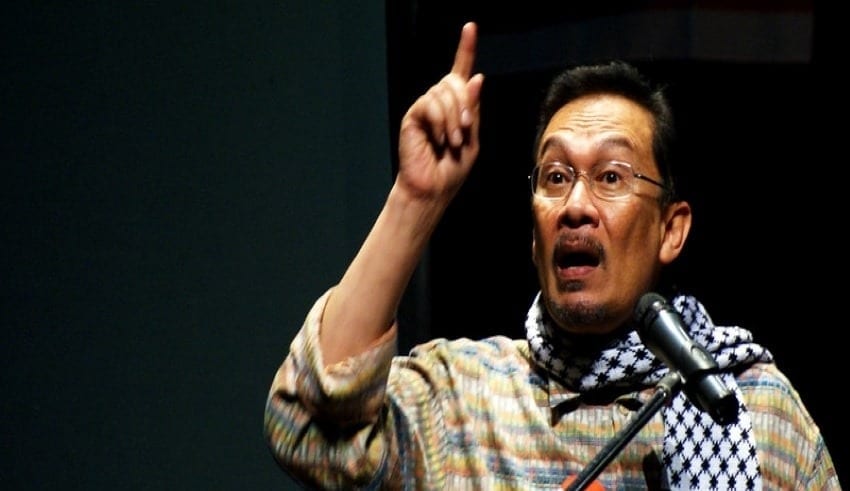 Datuk Seri Anwar Ibrahim said that he will be under investigation for the six cases including one on sodomy charges.
(C) Flickr, Syed Ahmad Israa'

KUALA LUMPUR – Datuk Seri Anwar Ibrahim said yesterday that he will be under investigation for the six cases including one on sodomy charges.

The federal police initially called in the Opposition leader concerning a purported leaked list of MPs backing him as the next prime minister.

According to Anwar, this is an attempt by the police to ‘pressure him politically’ after he announced that he command majority support in Parliament.

Anwar said that this is normal and just a mere political plot to pressure at such crucial time.

He added that the investigation being conducted was mostly on politics in relation to list of MPs backing him up for the Prime Minister position and the recent meeting with the Yang di-Pertuan Agong.

The PKR president said that the meeting was between him and the Agong and it would not be proper for people to know what happened between him and the King. Anwar said that he has already been interviewed and the police wanted to know more about the identities of the MPs included on the leaked list.

Anwar added that this matter now is his business to be presented to the Yang di-Pertuan Agong and not anyone else. He labelled the investigations against him ‘malicious’ and a “political harassment”.

However, Anwar said that the federal police acted professionally and seemed to be satisfied with his response.

The investigation is under  Section 505 (b) of the Penal Code and Section 233 of the Communications and Multimedia Act (CMA) 1998 for the investigations that pertains to statements leading to public mischief while the CMA covers the offense of ‘misusing network facilities’.

The authenticity of the list leaked online was criticized when the Comptroller of the Royal Household disclosed that Anwar did not provide the list of MPs supporting him during the meeting with the Agong.