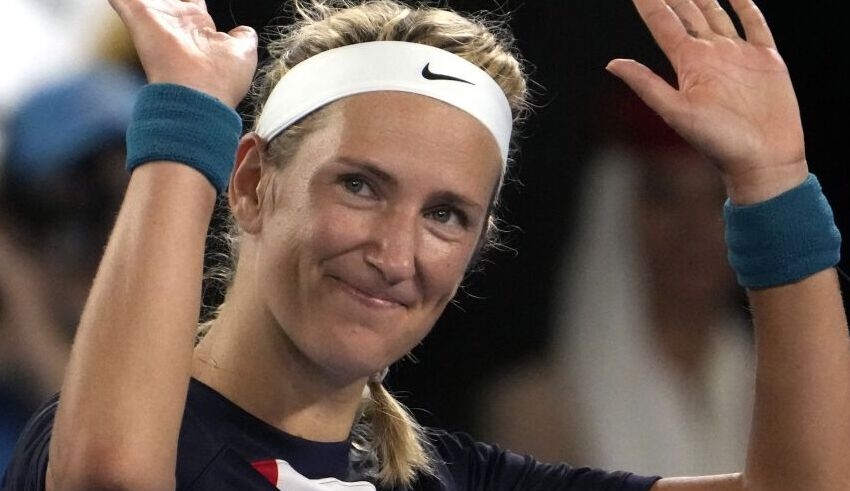 Victoria Azarenka turned back the clock at the Australian Open on Tuesday, as the two-time winner defeated third-seeded Jessica Pegula 6-4, 6-1 to advance to the semi-finals and maintain her pursuit of a third Grand Slam title.

The 33-year-old reached the final four at Melbourne Park for the first time in a decade, and she will make her first appearance in a major semi-final since the U.S. Open in 2020, where she lost the title match.

Azarenka said of her friend and practice partner Pegula, “Well, it sucks to beat her because I always want her to succeed, but I also know I have to play my best tennis.”

“She has been playing quite well and consistently, and I knew from the beginning that I had to bring it.”

“There were so many rallies, and I wanted to remain there and seize opportunities because she was going to take everything if I didn’t attempt to win myself. I’m extremely pleased with how successfully I executed my game plan.”

Durens and Ogyare Stand With Pinoy’s Pride Over Boxing

Azarenka, the last woman to successfully defend the Australian Open title after her 2013 triumph, performed excellently to jump to a 3-0 lead in the opening set over American Pegula before the top seed in the women’s tournament ultimately maintained service.

Pegula rediscovered her rhythm by playing closer to the baseline and dominating the rallies to break back, but Azarenka found another gear to edge ahead in the match until both women failed to hold serve in the following game.

Former world number one Azarenka seized the crucial lead and won the match to set up a semi-final clash with Wimbledon champion Elena Rybakina, who defeated former Roland Garros champion Jelena Ostapenko. Azarenka will face Rybakina in the semi-finals after the Kazakh 22nd seed defeated Ostapenko.

Azarenka stated, “It’s very incredible to be in the semifinals of yet another Grand Slam. I felt especially last year that my tennis wasn’t terrible, but I wasn’t emotionally prepared to compete.”

“I played with a lot of fear, a lot of worry, and it was quite tough to be courageous and make the proper decisions in a crucial time when you are uncomfortable and uncertain.”

“I worked extensively on my thinking, forcing myself to do things I wouldn’t normally do and attempting to propel myself ahead.”

“Because after you have achieved tremendous success, you often become more cautious and unwilling to try new things. This offseason, I resolved to be open to new experiences and to put my head down and work hard.”