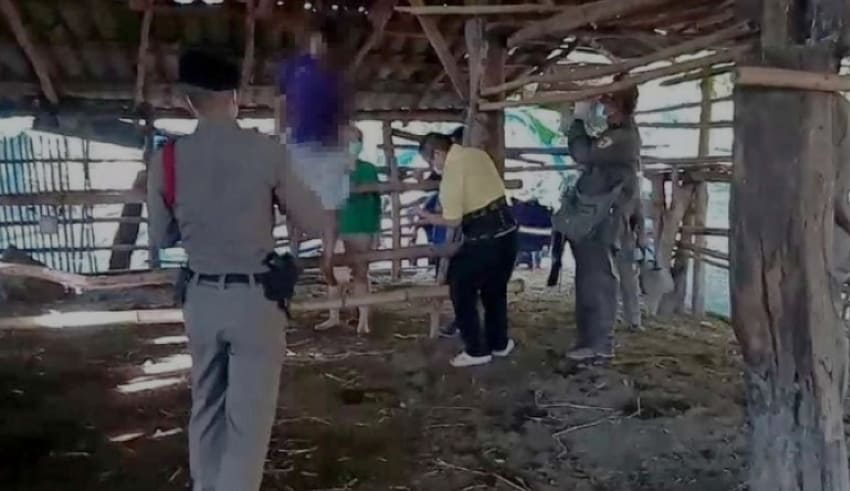 Police in Phayao province have reported the alleged accomplice in the Bangkok bank heist in Chiang Rai was found hanging a forest. The man was alleged to be the Motorcycle driver in the armed robbery in Chiang Saen.

Two men pulled off the daring daytime robbery in Chiang Saen district on Monday. Both men were then tracked down by the police. Mr. Sitthichoke a former Chiang Saen agricultural cooperative employee, was arrested yesterday. Police said the man confessed to robbing Bt1.05 million with his brother-in-law to pay off gambling debts. The suspect left the gun with a friend after committing the Bank heist. The friend allegedly contacted Chiang Rai police after he heard about the bank heist in Chiang Saen, Chiang Rai. He at first denied all charges and claimed no connection to the robbery at the Bangkok Bank. However after further interrogation the suspect admitted to the armed robbery. He also gave up his brother-in-law stating he was the motorcycle driver.

Mr. Sitthichok had only 200,000 THB remaining from of the 1,005,000 THB he stole. He told police the balance was used to pay off gambling debts. The brother-in-law, Cheunjai Konkham, 48, was found dead by the police in the Phayao forest. Police also assumed he committed suicide. Police surmise he chose death over a lengthy prison sentence. Pol Maj Gen Thammasak Pinthong, said that a forensic team has collected evidence and had also sent the body for a postmortem examination.