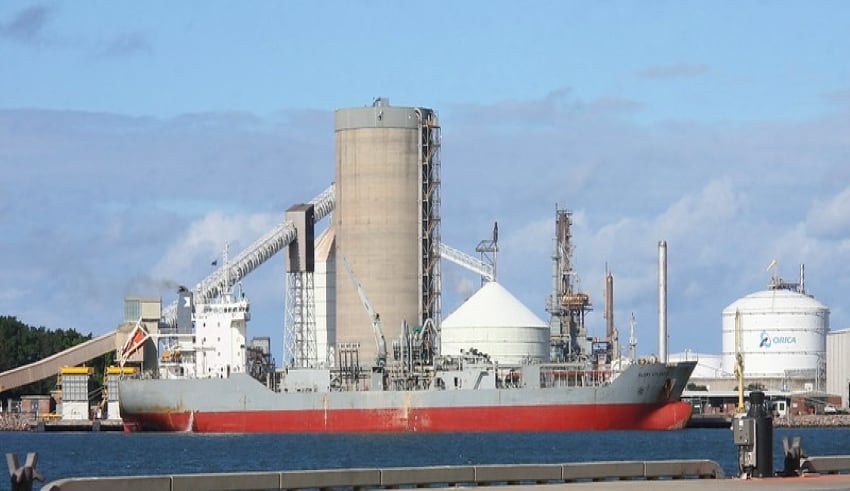 Australia is a major producer and importer of ammonium nitrate, mainly due to its uses in the mining industry.
(C) Flickr,Peter Cousins

Some community advocates are uneasy about storing the chemical in the vicinity of Australia’s populated areas , especially in the port city of Newcastle, north of Sydney. Commercial explosives manufacturer Orica regularly stores between 6,000 and 12,000 tons of ammonium nitrate, and produces about 430,000 tons of a chemical every year at Kooragang Island in the Port of Newcastle, just 3 km from the city centre.

According to Lebanese Prime Minister Hassan Diab, only 2,750 tons of ammonium nitrate were involved in the Beirut blast. Ammonium nitrate is strongly accused of causing an explosion that killed more than 100 people in Lebanon. Although the chemical itself is not marked as flammable, it can provide oxygen to surrounding fires and pose a risk of explosion.

Australia is a major producer and importer of ammonium nitrate, mainly due to its uses in the mining industry. It’s a completely unsafe place to have such toxic material created and stored, and it’s something we’ve been talking about for many, many years which was stated by Keith Craig, a chemical engineer and environmental leader, to the Australian Broadcasting Corporation.

A spokesperson from Orica told Xinhua that the circumstances in Beirut involved gross mishandling of the drug.

In addition to our own stringent approach to safety and risk management, our activities at Kooragang Island are strictly supervised and routinely checked by the authorities.

Ammonium nitrate storage areas on Kooragang Island are fire-resistant, are made entirely of non-flammable materials, and we have defined exclusion zones around these areas. Mr. Craig admitted that the likelihood of an accident happening was small due to Australia’s tight monitoring and enforcement regulations, but cautioned against taking any risks.

Australia has since had two horrific accidents involving the shipment of ammonium nitrate, including a 1972 truck explosion that killed three of them.

In 2014, a truck carrying 50 tons of chemical was involved in an accident and exploded, killing eight people and damaging a bridge, with the mining company still facing legal action on the incident.