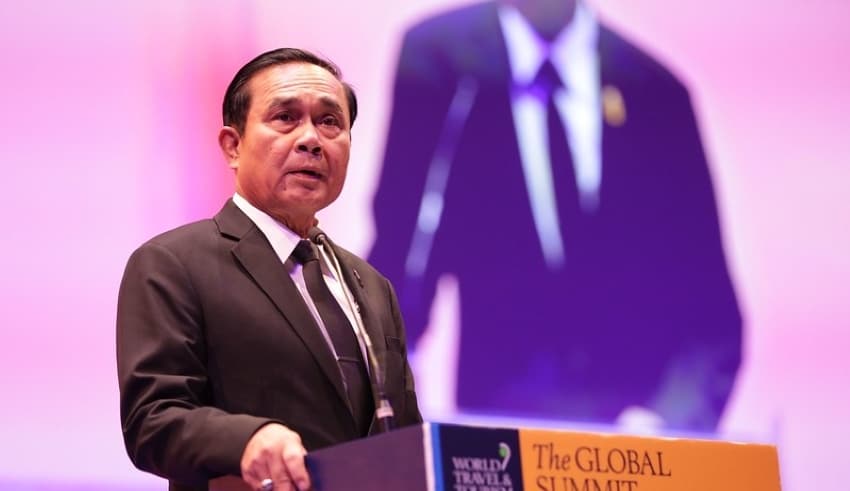 Political parties welcomed Prime Minister Prayut Chan-o-cha ‘s willingness to endorse constitutional reform, as the House Committee on Charter Changes initially decided on the creation of a Charter rewriting body to draw up a new constitution.

Deputy Democratic Party chief Nipit Intarasombat, who is also a member of the committee, told the Bangkok Post on Wednesday that he believed that Gen Prayut was serious in rewriting the charter because it was one of the government’s main policies.

The Prime Minister said he would listen to the House Committee, which has 49 members from various parties. Gen Prayut told that he is in favor of a charter amendment and that the government will present its own version of the rewrite bill at the next parliamentary session. He said Wednesday, the government will hold national forums next month to collect feedback from younger citizens. A charter reform is one of the requests of student organizations that have protested in various parts of the world.

Gen Prayut also said that he would find time to meet students at one of a series of discussions on plans for charter reform. Mr Nipit said that the committee will complete its work in the middle of this month and send recommendations for the rewrite of the charter to Parliament.

Some of the main measures is to amend Section 256 of the Constitution in order to make constitutional reforms simpler. The provision will be changed so that the assembly can be set up to write a new constitution — a process that can take up to two years.

Under Section 256, the amendment includes the support of at least one third of the Senate or 84 senators. Conservatives have found the provision a big obstacle to reforming the charter. However, political analysts said that the senators would not accept the proposed amendments if they could result in the Senate being stripped of its power to vote in the Prime Minister and/or the current batch of senators being removed.

Mr Nipit said that the committee also decided that certain parts of the constitution should be revised to prepare for an election that could take place before the new constitution is finalized. In particular, proposals aimed at reform are those connected with the voting system, such as moving away from the use of a single ballot for both the electorate and the party-listed Members of Parliament to two different ballots, Mr Nipit said.

Chief Opposition Whip and Pheu Thai Party MP for Maha Sarakham Sutin Klungsang, also a member of the committee, said that Gen Prayut ‘s gesture of support for the Charter rewrite drive was a positive sign.

The Prime Minister will, however, provide more clarification on the specifics of the rewrite of the Charter and the precise timeline. Mr Sutin also stated that the opposition parties would table their version of the Charter Rewrite Bill to the Parliament on 15 August, the same day as the House Committee would table its plan to amend the Charter.

He added that Pheu Thai has also come up with his version of the bill, although Pheu Thai will meet with other opposition partners today to discuss whether they will combine their versions of the bill into one.

Democratic Party leader Jurin Laksanawisit said that his party had a strong stance on pressing for a reform in the constitution from the outset as it insisted on a reform in the charter as a precondition for entering a coalition headed by the Palang Pracharath Party.