The Asian Affairs > Latest News > Thailand > “Blame me only” 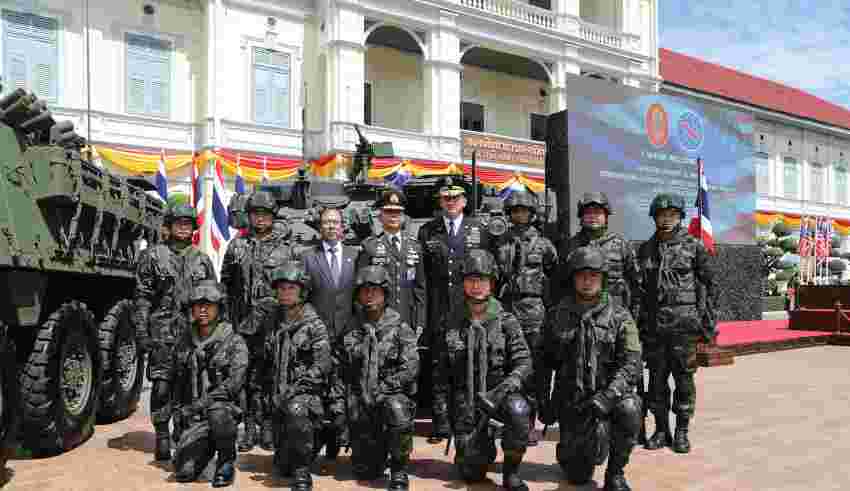 Giving public speech at Royal Thai Army headquarters on Tuesday, Gen Apirat apologised for Jakrapanth Thomma’s rampage in a Korat shopping mall on Saturday, and said the gunman lost his military status as soon as he first pulled the trigger.

Army chief Apirat Kongsompong has vowed to terminate unsound internal army projects, after shady transactions were raised as a possible motive behind a soldier’s shooting spree in Nakhon Ratchasima that left 30 dead and 58 wounded.

“The moment he pulled the trigger he became a criminal, not a soldier anymore,” he said. The army chief admitted the shooter was maltreated by his commanding officer and the officer’s relatives, and admitted there were many “unsound” projects, including for welfare housing, loans, and projects which involved cooperation between military units and merchants.

He said the murderer was a soldier who served with an ammunition battalion of the 2nd Army Support Command in the northeastern province. Gen Apirat said the shooter first used his personal weapon to kill people with whom he had a conflict at their residence. The man then drove his vehicle to the armoury at Suranaree camp, threatened the guard and stole more weapons, including an assault rifle which he used to kill the guard.

Meanwhile, the Thai media reported that the shooter was motivated by a personal conflict over a house sale involving a relative of his commanding officer. Prime Minister Prayut Chan-o-cha said on Tuesday that the army is investigating alleged irregularities involving a housing programme for soldiers, adding that the project is well-meaning in itself and aims to give soldiers their own houses.