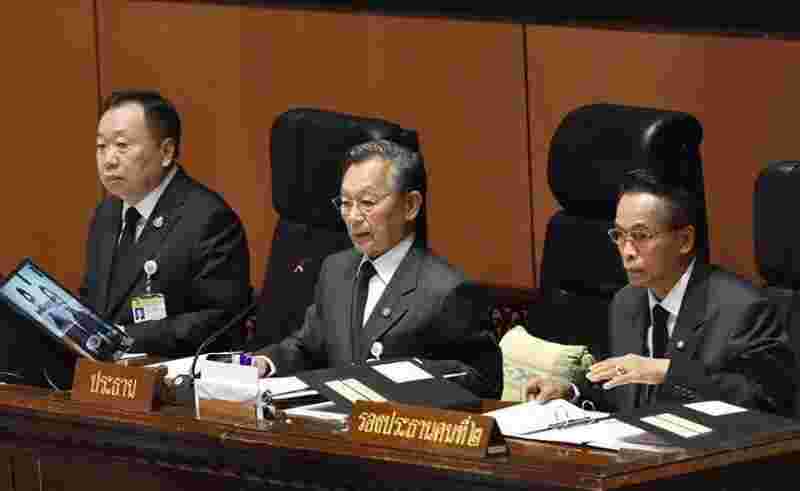 Mr Chuan said on Tuesday there is no law barring the opposition from re-debating the bill, “But people watching will know what its intentions are,” he said.

The opposition is free to debate the budget bill again following a Constitutional Court ruling on the status of the legislation although its plan to do so could be called into question, parliament president and House speaker, Chuan Leekpai, has warned.

The Future Forward Party (FFP), however, denied a further debate on the bill would be a tactic aimed at delaying its enactment.

The 3.2-trillion-baht budget bill for the 2020 fiscal year was referred to the Constitutional Court for a ruling on its status after at least two government MPs were found to have voted on the second and third readings of the legislation from Jan 10 to 11 without being in the chamber.

The opposition has said further debate is also in order and demanded that the House of Representatives allocate enough time for it. The government, however, disagreed and accused the opposition of trying to derail national spending plans. Mr Chuan said the Jan 10-11 debate had covered all the necessary details and that the MPs had already taken longer than usual to discuss the bill. “If they want to do the same all over again, they’re welcome to,” he said.

Meanwhile, FFP secretary-general Piyabutr Saengkanokkul said the Constitutional Court may have overstepped the mark when it made its ruling. The court was asked to decide whether the bill should be dropped or left to be enacted in its entirety in light of the proxy voting.