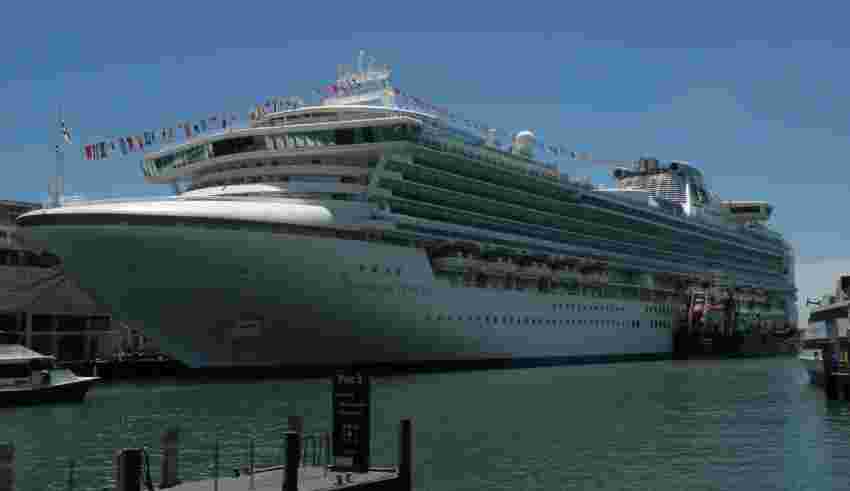 A picture of Diamond Princess at one of the docks

Japanese health minister Katsunobu Kato said Wednesday that an additional 39 people on board the Diamond Princess cruise ship off Japan’s coast have tested positive for the latest coronavirus, bringing the total to 174.

The Diamond Princess has been in quarantine since returning from the Japanese coast early last week after finding the virus in a former passenger who got off the ship in Hong Kong last month.

When the boat arrived off Japan, nearly 300 people of the 3,711 on board were initially tested for the virus by authorities, gradually evacuating dozens of people infected with local medical facilities.

Testing has expanded in recent days to those with new symptoms, or who have had close contact with other infected passengers or crew.

Those who remain on the ship were asked to stay inside their cabins and allowed to open decks only briefly.

They were asked to wear masks and keep a distance from each other when outside, and were given thermometers to track their temperatures periodically.

It is estimated that the ship will remain in quarantine until 19 February — 14 days after the start of the isolation period.