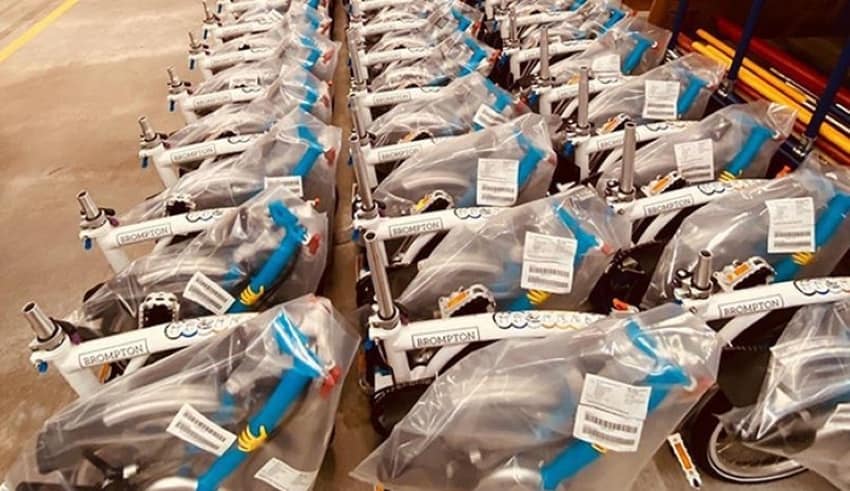 Shocking news comes in the middle of the Brompton bicycle lover community in Indonesia.
(C) Go

Shocking news comes in the middle of the Brompton bicycle lover community in Indonesia.

The reason is, the Brompton in England is now in the middle of hunting for a stolen bicycle that is said to have been tracked offered on the online buying and selling platform in Indonesia at the end of June 2020.

The bike has significance for Brompton because it is one of 1,000 bikes specifically produced in the Wheels for Heroes (WFH) program and is not traded.

The making of the 1,000 bicycles uses the costs of the fundraising action to help medical workers in Britain who are fighting at the forefront of the Covid-19 pandemic.

BOGI’s founder, Baron Martanegara, as the recipient of the letter, forwarded the letter through the BOGI group’s network on Facebook on July 15, 2020, until it could be read by all members of the community.

Quoted from a Brompton letter to BOGI, that Brompton UK said the WFH bicycle advertisement identified was not from its official seller on the buying and selling site.

“We want to make an announcement that the bike advertised in Indonesia is stolen bike from a health worker in the UK,” Brompton wrote in the letter, represented by Brompton’s Senior Asia Marketing Executive, James Ku.

It was said, the health worker used Brompton WFH, which was created from a fundraising action for humanity.

“We ask the Brompton user community, including in Indonesia, to be able to provide further information about this incident,” James Ku said.

“Brompton hopes to get the bike back to be used again by those who are entitled, namely health workers in the UK,” he continued.

The letter was then concluded with requests for support from members of the Brompton community in Indonesia. “We hope this message can be disseminated through existing social media networks, including in the BOGI and Brompton Explore communities.”

Many comments were poured through the upload by community members. Many of them are asking about which ad is intended by Brompton because the trace of the ad upload has not been identified.