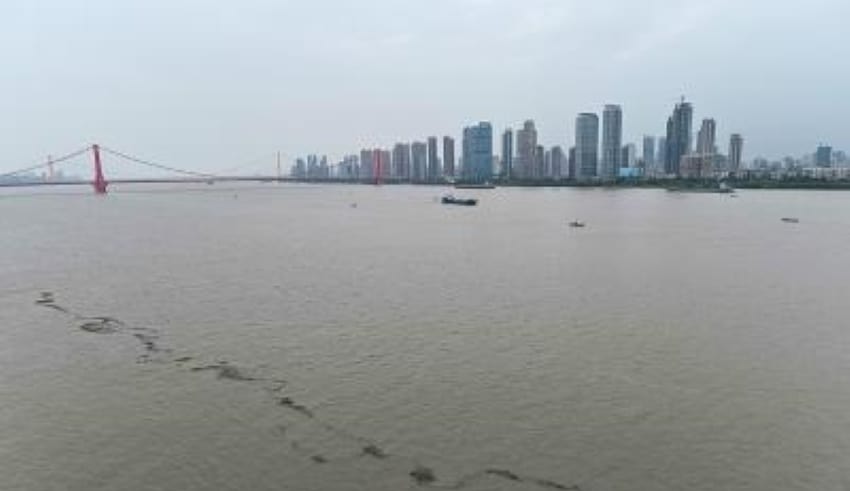 Wide areas of central and eastern China suffered from the worst flooding in decades on Friday (July 17), as chaos accumulated for main supply chains, including essential personal protective gear to fight coronavirus, and economic losses piled up.

The central Chinese city of Wuhan and the Anhui, Jiangxi and Zhejiang provinces declared red warnings on Friday as heavy rain swelled rivers and lakes. Wuhan, on the banks of the Yangtze River where the novel coronavirus emerged late last year, warned residents to take precautions as water levels rapidly approached their guaranteed maximum level of safety.

The giant Three Gorges reservoir, which has held back more water to try to ease downstream flood risks, is higher than its warning level by more than 10 m, with inflows now at more than 50,000 cubic meters per second.

The Jiangxi province’s Poyang Lake, which is created from the Yangtze overspill, is 2.5 m higher than its warning point. Over this flood season, it has grown by more than 2000 square kilometers, and areas of the nearby region have been submerged.

The Tai Lake near Shanghai also issued a red warning further east after its water level fell to almost a meter above its safe level. The summer rainy season brings flooding to China nearly every year, however as Chinese products are increasingly relevant in supply chains of things such as personal protective equipment ( PPE), the effect of the damage they create is felt farther afield.

Economic development in parts of China, in particular the market for building and steel and cement, continues to be affected by the floods, analysts claim, indicating any lack of traction after a better than anticipated rebound from the coronavirus crisis in the second quarter.

Your style is so unique in comparison to other people I’ve read stuff from. I appreciate you for posting when you have the opportunity, Guess I will just bookmark this blog.

I blog often and I really thank you for your information. The article has really peaked my interest. I will take a note of your site and keep checking for new information about once per week. I opted in for your RSS feed too.

Everything is very open with a precise description of the challenges. It was definitely informative. Your website is very helpful. Thanks for sharing!

This is a topic which is near to my heart… Best wishes! Where are your contact details though?

I blog frequently and I really thank you for your content. This article has really peaked my interest. I will book mark your site and keep checking for new details about once per week. I subscribed to your Feed too.

Excellent article. I will be dealing with some of these issues as well..

Good information. Lucky me I ran across your website by accident (stumbleupon). I’ve book-marked it for later!

An outstanding share! I have just forwarded this onto a co-worker who was conducting a little research on this. And he in fact bought me breakfast simply because I discovered it for him… lol. So allow me to reword this…. Thank YOU for the meal!! But yeah, thanks for spending some time to discuss this issue here on your web page.

I’d like to thank you for the efforts you’ve put in writing this blog. I am hoping to check out the same high-grade content from you later on as well. In truth, your creative writing abilities has inspired me to get my very own site now 😉

Right here is the right web site for anybody who would like to find out about this topic. You understand so much its almost tough to argue with you (not that I really would want to…HaHa). You definitely put a fresh spin on a topic that has been written about for ages. Excellent stuff, just wonderful!

I have to thank you for the efforts you’ve put in penning this site. I really hope to see the same high-grade blog posts by you in the future as well. In truth, your creative writing abilities has encouraged me to get my own website now 😉

Next time I read a blog, Hopefully it won’t disappoint me just as much as this particular one. I mean, Yes, it was my choice to read, however I actually thought you’d have something useful to say. All I hear is a bunch of moaning about something that you can fix if you were not too busy searching for attention.

Good site you’ve got here.. It’s difficult to find high-quality writing like yours these days. I seriously appreciate individuals like you! Take care!!

Thanks in favor of sharing such a fastidious thought,
article is pleasant, thats why i have read it completely