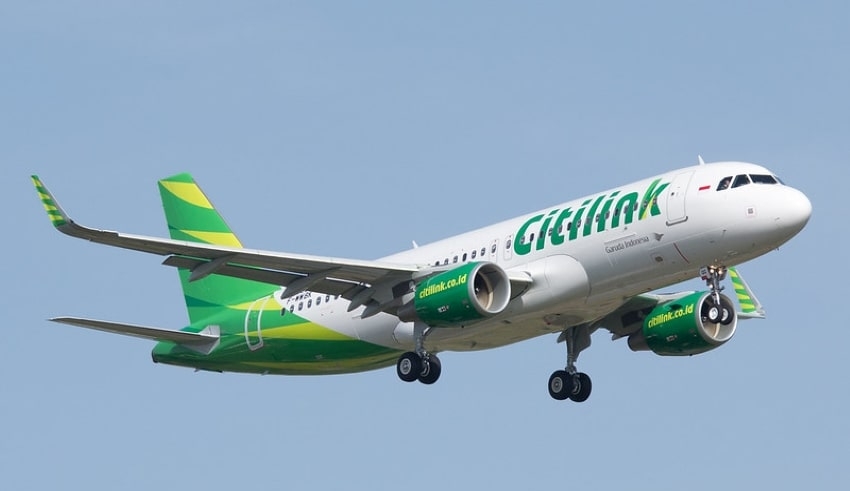 Citilink is prohibited from carrying passengers from outside the area for 10 days on the Jakarta-Pontianak route from September 19, 2020.
(C) Flickr, Germain Chérot ✈

Citilink Airlines received a sanction from the West Kalimantan Transportation Agency for carrying a passenger who tested positive for COVID-19 on the Jakarta-Pontianak flight route.

Citilink is prohibited from carrying passengers from outside the area for 10 days on the Jakarta-Pontianak route from September 19, 2020.

The airline has violated article 8 paragraph 5 of Governor Regulation Number 110 of 2020 concerning the application of discipline, and enforcement of health protocol laws as an effort to prevent and control COVID-19.

The regulation states that airlines, cruise operators, and bus operators are prohibited from carrying passengers with a positive COVID-19 rapid test or swab test.

Head of West Kalimantan Transportation Agency, Ignatius IK said Citilink had violated and was subject to sanction, namely prohibited from carrying passengers from outside the area for ten days on the Jakarta-Pontianak flight route.

“For information that the impromptu swab activities will continue to be intensified for airport and port passengers who will enter West Kalimantan, especially from the red zone,” Ignatius said.

Previously, Citilink and Lion Air airlines were once banned from carrying passengers from Surabaya, East Java, to Pontianak, West Kalimantan, for one week.

The ban was issued by the West Kalimantan Provincial Government because several passengers from the two airlines were declared reactive based on the results of the rapid test.

In response to this, the President Director of Citilink Juliandra confirmed that there is a flight ban on the Jakarta-Pontianak route for ten days.

“Citilink was asked to temporarily suspend flights from Jakarta and to Pontianak by the local government as of September 19, 2020, in connection with this, Citilink will reconsider the CGK-NK flight routes and PNK-CGK routes,” said Juliandra through an official statement, Sunday, September 20.

Juliandra and Citilink are conducting further coordination with the local government. She also emphasized that the airline always ensures the completeness of passenger documents before flying.

Citilink provides two options for passengers affected by flights on the Jakarta-Pontianak route and vice versa.

First, the flight can be diverted to the Garuda Indonesia airline on the same route. Second, the return of plane tickets.