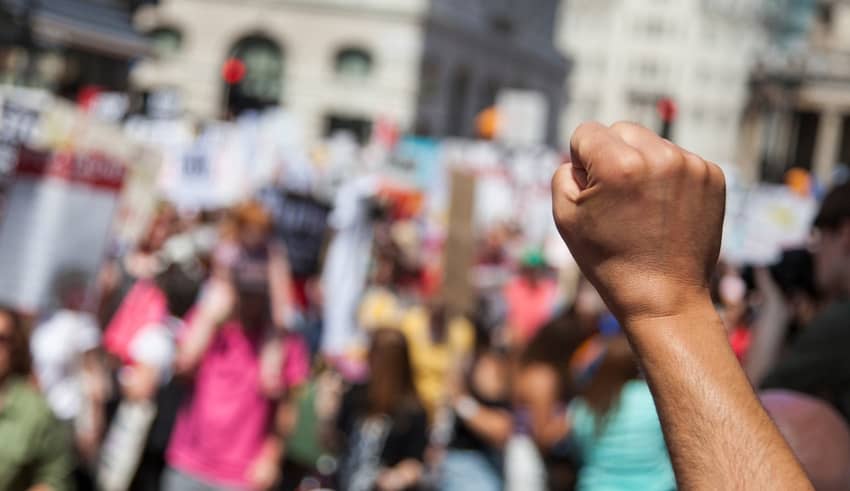 Demonstrations against the arrival of 500 foreign workers from China who will work at PT VDNI and PT OSS in Morosi Konawe Regency, Southeast Sulawesi Province (Southeast Sulawesi), on Tuesday, June 23, was going on with chaos. The protesters vented their disappointment at not finding the foreign workers crossing the intersection of Ambaipua Village, Ranomeeto District, South Konawe Regency.

Demonstrations against the arrival of foreign workers from China continued until Wednesday early morning, June 24.

Quoted from Antara, Wednesday, June 24, hundreds of protesters continued to gather and give speeches at Simpang Empat, Ambaipua Village, Ranomeeto District, Konawe Selatan District since Tuesday afternoon. They attempted to enter Haluoleo Airport but were detained by police officers on guard. The situation continued until the evening.

The police forces dispersed the crowd by spraying water cannons and firing tear gas at the mass of protesters. The crowd then dispersed around 00.50 WITA after pushed back by the police.

They flew from Guangzhou China to Malaysia. Then, this Chinese workers group transited at Sam Ratulangi Airport in Manado and proceeded to Haluoleo Airport.

Head of Halu Oleo Airport, Safruddin said health protocols were still being implemented to the foreign workers. The arrival of 500 Chinese workers to the Konawe Regency is planned for three waves. In the first wave of 156 people. The second and third waves are planned to arrive at the end of this month.

The External Affairs Manager of PT VDNI Indrayanto admitted that these 500 Chinese workers, all are expert workers and had 312 working visas and 211 visitor visas.

Indrayanto said that 500 Chinese workers had been confirmed to be free from Covid-19 health conditions. Even the company has prepared a place to be quarantined for 14 days.

The action from the community and student is the rejection of the presence of hundreds of foreign workers in the midst of the coronavirus (Covid-19). Also, government policies that bring in foreign workers are considered very inappropriate, while there are still many residents in Southeast Sulawesi who do not have jobs.

The foreign workers from China were said to be experts to help speed up the completion of the construction of the PT VDNI and PT OSS smelters in Konawe, Southeast Sulawesi.

Despite the demonstrations, local communities and local workers have the opposite opinions. Mahadi, Head of Purui Village, Morosi District, Konawe Regency, regretted those who commented without considering the economy of the local community, which is dependent on the operation of the nickel processing industry.

One of local residents, Budiono, also said that since the establishment of VDNI, the turnover of the food stall business will be increasingly crowded. It coupled with additional income from the rented room. Then according to one of the local workers, Sukal, the arrival of experts from China will increase employment from companies. “Local workers can be absorbed because one expert from China will be assisted by seven local employees,” he said. Another local worker, Ruli, assessed that the more foreign workers who are experts that working here will have a positive impact on the absorption of local workers, especially the workforce who have just graduated from school.