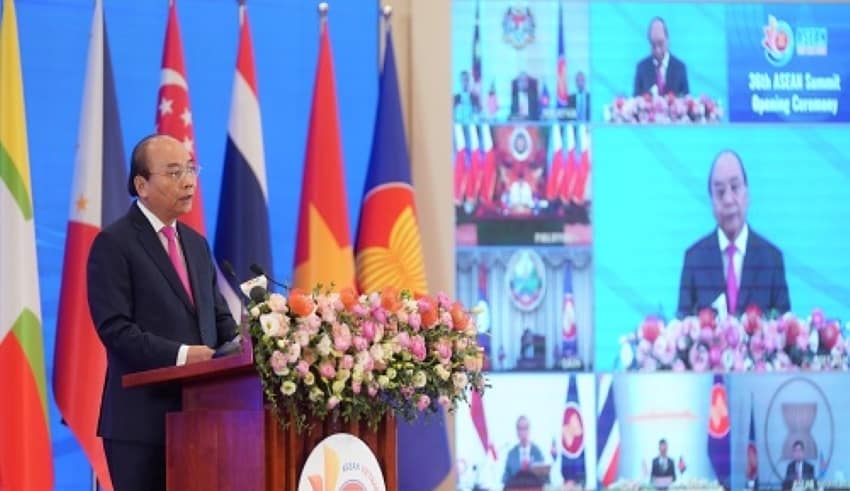 HANOI – Vietnam warned yesterday that Covid-19 has made serious impact and had swept away years economic gains as Southeast Asian leaders met online for the 36th Asean summit.

Vietnam, the current chair of the Association of Southeast Asian Nations (ASEAN), has also expressed concerns as negotiations were being hindered over the flashpoint of territorial disputes with China. The host nation wanted to use the summit for further push the momentum on a China-backed trade agreement.

The 10-member bloc also dicussed about the impact of coronavirus to the economy and how it deeply affected tourism reliant countries such as Thailand, Vietnam and Cambodia.

ASEAN General Secretary Lim Jock Hoi is echoed the outlook, saying the region’s economy may continue to contract for the next 2 years.

With Thailand bracing an unprecedented 8.1% decline to the economy, Vietnam also set to experience 2% off its  2020 GDP.

The summit also discussed the increasing criticism from its member states that the virus and its impact has provided China to be more aggresive on South China Sea territories. Beijing has claim most of the island on the contested territory.

ASEAN leaders highlighted their concerns over China’s land grabbing and serious incidents on the South China Sea. China has recently stepped up its territorial claims by building structures and artificial island. PM Phuc has admitted that “strategic problems between big countries” has deepened on the recent events.