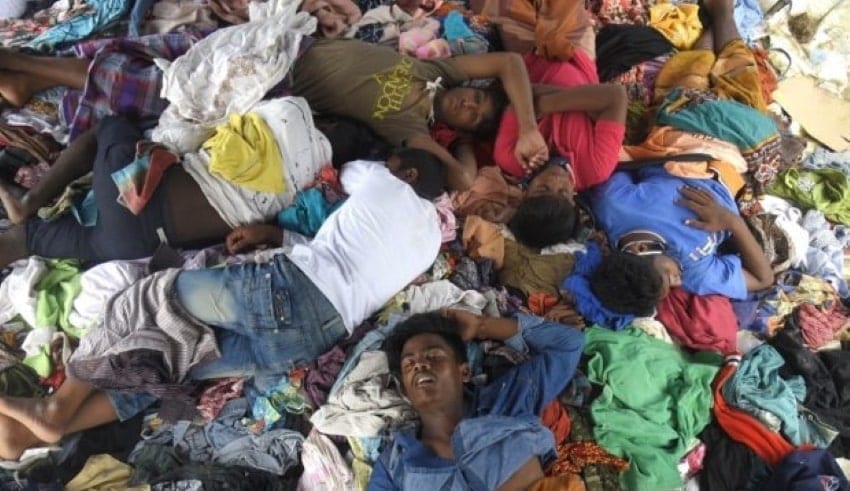 After fleeing a refugee camp in neighboring Indonesia, dozens of Rohingya, mostly women and children, were captured as they arrived by boat in Malaysia last month, police said.
(C) inquirer.

Kuala Lumpur, Malaysia — After fleeing a refugee camp in neighboring Indonesia, dozens of Rohingya, mostly women, and children, were captured as they arrived by boat in Malaysia last month, police said Friday.

Last year, after risky journeys, nearly 400 members of the persecuted Muslim community from Myanmar arrived in Indonesia by sea, and just over 100 now remain in a camp there.

Many, including women seeking to reunite with their husbands in the Southeast Asian region, are believed to have enlisted smugglers to help them make the sea crossing.

Police reported to AFP that as it landed on Malaysia’s west coast on January 6, a boat carrying 36 passengers, 31 Rohingya and five Indonesians, was intercepted.

“They entered Malaysia by boat from Tanjung Balai (on Indonesia’s Sumatra island) and landed at a beach,” said Abdul Rahim Jaafar, the director of internal security at the Royal Malaysia Police.

There were 17 women, seven men, five boys and two girls among the Rohingya migrants.

They were detained and 21 were indicted without valid papers for entering Malaysia, Abdul Rahim said. Under anti-trafficking rules, a further two persons have been convicted.

News of the ship’s landing talks at the camp in Indonesia with accounts from Rohingya, who told AFP this week that hundreds of women were smuggled to Malaysia.

Although some were caught, according to Rohingya and human rights organizations, others are thought to have entered the country safely and reunited with their spouses.

Nearly one million Rohingya live in vast Bangladeshi camps, many of which were set up in the impoverished South Asian nation following a bloody crackdown by Myanmar’s military in 2017.

Many have tried to escape to Malaysia by boat over the years, suffering exhausting, months-long sea journeys punctuated by sickness and beatings. In Malaysia, more than 100,000 Rohingya live on the outskirts of society, registered but not permitted to work as refugees, pushing them into illegal construction and other low-paying jobs.