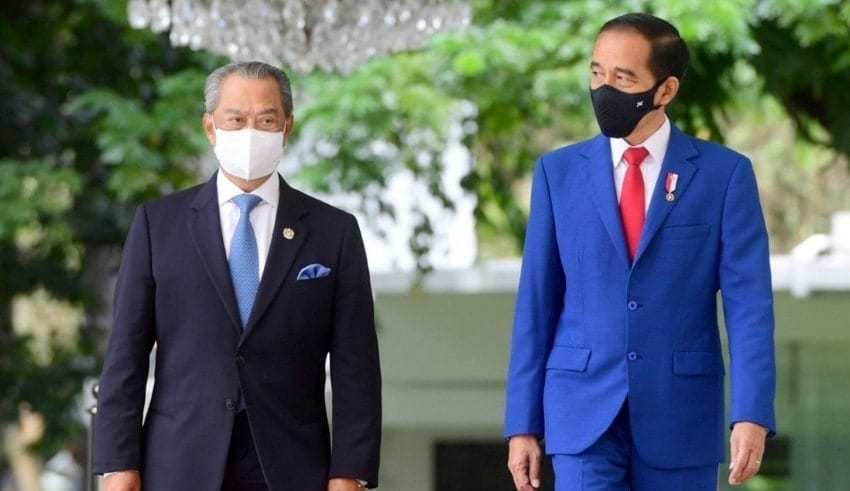 The leaders of Indonesia and Malaysia said they were seeking a special meeting of foreign ministers of the countries of Southeast Asia to address the situation in Myanmar.
(C) scmp

On Friday, February 5, the leaders of Indonesia and Malaysia said they were seeking a special meeting of foreign ministers of the countries of Southeast Asia to address the situation in Myanmar, where an elected government was overthrown earlier this week in a coup.

The military seized power on Monday, throwing a wedge into Myanmar’s long and troubled transition to democracy, alleging suspected fraud in the November election won by Aung San Suu Kyi’s party in a landslide.

Following a meeting with Malaysian Prime Minister Muhyiddin Yassin on a visit, Indonesian President Joko Widodo said that the foreign ministers of the two countries had been asked to speak with Brunei, the current president of the Association of Southeast Asian Nations (ASEAN), to try to set up a special session on Myanmar.

However, given ASEAN’s policy of non-interference in the domestic problems of its members and their opposing responses to the takeover of the army, such meetings are unusual and organizing one may be a challenge.

ASEAN, of which Myanmar is a member, said in a statement released earlier this week that it was closely monitoring developments in the region.

The leaders of the world’s leading palm oil producers, Indonesia and Malaysia, have affirmed their commitment to eradicating “discrimination” against palm oil.

Jokowi, as the Indonesian president is known, said in his address that it was ‘optimal’ for the two countries to work together to tackle prejudice against palm oil, while Muhyiddin said the industry was misrepresented by the anti-palm oil campaign in Europe.

Last month, Reuters announced that Indonesia and Malaysia are preparing to employ a law firm to address criticism of edible oil. In the midst of the coronavirus pandemic, Jokowi and Muhyiddin also said they would further negotiate an agreement to allow official and business travel between their countries, and said the issue of Rohingya Muslims had been discussed.