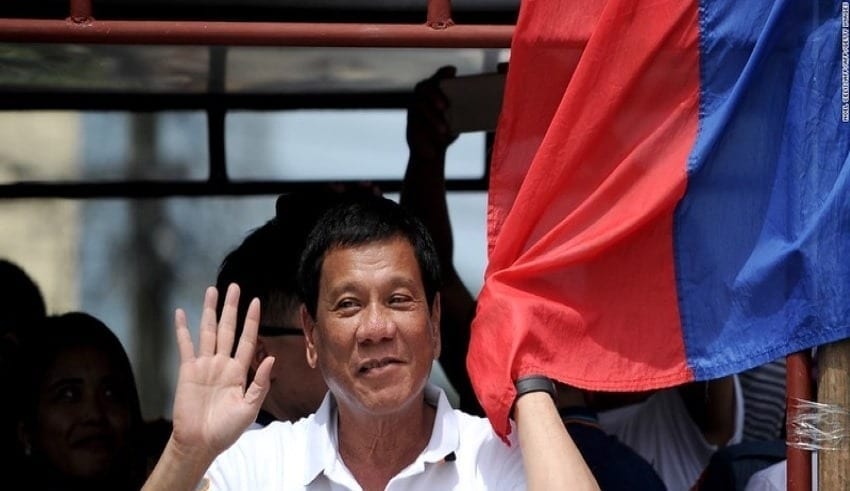 Duterte said that he does not mind facing the court and going to jail because of the war on drugs which has left more than 6,000 suspects dead.
(C) Flickr,Casino Connection

METRO MANILA – President Rodrigo Duterte, while he has claimed to have never killed anyone, says  he has no problem with being held responsible for the thousands of killings under his government’s war on drugs, while adding that he was even ready to go to jail.

In a television remarks on Monday, Duterte said that he does not mind facing the court and going to jail because of the war on drugs which has left more than 6,000 suspects dead.

Duterte said that if there are deaths then they can hold him responsible for anything that has occured in the execution of the drug killings but reiterated to not blame him for deaths whose perpetrators are not known.

The President said that he should not be accused of committing ‘crime against humanity’ as he don’t consider drug suspects as part of humanity.

Duterte said that some of the deaths blamed on the drug war may not be even related and may just be ‘random killings’ or may have been motivated by other things.

The president quoted the 2019 Dangerous Drugs Board report that “about 167 million or two out of 100” aged 10 to 69 are using drugs. Presidential spokesman Harry Roque clarified later claried that the figure was actually 1.67 million.

According to the commander in chief, During the time of senator and former police chief Ronald Dela Rosa, It has reached 4 million and that it may or may not have been reduced since the government is still in the middle of the fight with Shabu. The President reiterated his stand against the drug war saying that the health and safety of the Filipino people is paranmount and urged the parents to supervise their child so that they will not get involved with drugs.