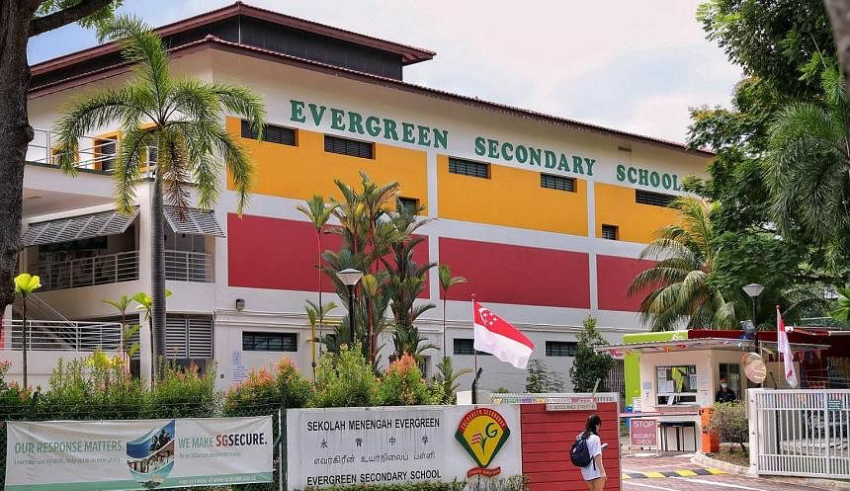 Police reported they were made aware of possible bomb threat at around 7:40 in the morning near 11 Woodlands Street 83, no objects posed a threat after police check
(c) Straits Times

After receiving a bomb threat in the early morning hours of Thursday (July 21), Evergreen Secondary School in Woodlands was forced to evacuate all of its students as well as its personnel.

According to Education Minister Chan Chun Sing, the rumored threat turned out to be a false alarm.

“The police responded swiftly and conducted a thorough sweep of the school compound. The police have completed their security checks and determined that it was a false threat. The school staff and students stayed calm and carried out their evacuation protocol as planned,” said Mr. Chan in a message he made on Facebook.

Through the Parents Gateway app, the parents received the message that they should keep their children home from school for safety reasons.

According to the minister, “All students who were already in school this morning were fully accounted for, and they were asked to return home out of precaution.”

In response to the questions sent in from CNA, the police have stated that a male adolescent is collaborating with investigations. They have also mentioned that the authorities are investigating the case in accordance with the United Nations (Anti Terrorism Measures) Regulations 2001.

The police reported that they were made aware of a possible bomb threat at approximately 7:40 in the morning near 11 Woodlands Street 83. According to the authorities, during the course of the security checks, no objects that posed a threat were discovered.

“The police take all security threats seriously and will investigate persons who intentionally cause public alarm,” they continued on. According to Mr. Chan, teachers are making regular inquiries with pupils about how they are doing, and school counselors are standing by to assist any student who might need or want it.

“Together with the police, we will take necessary action against anyone who causes public alarm.”