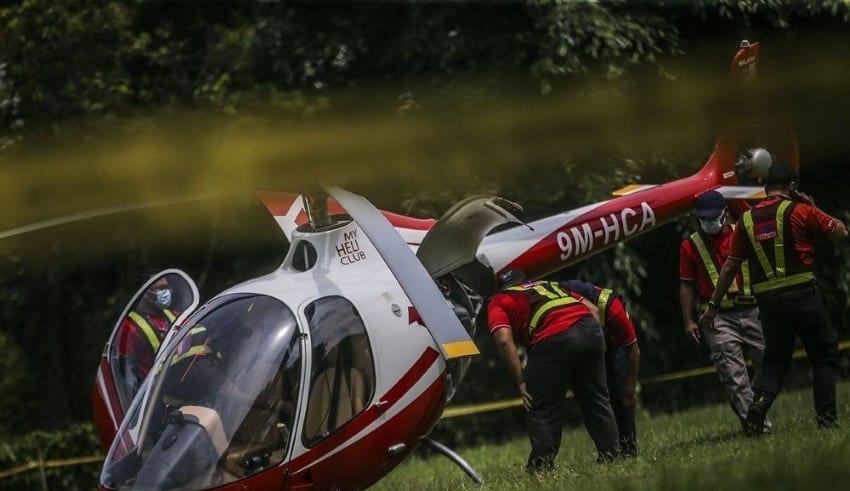 The Fire and Rescue Department confirmed yesterday that that two helicopters collided mid-air causing it to crash in Melawati.

The department’s operations centre head Zulfikar Jaffar said in a statement that one female and three male victims were involved in the incident, two were confirmed dead.

Transport Minister Datuk Seri Wee Ka Siong revealed that the helicopters had been involved in the flight training session.

One helicopter crashed while the other was able to made an emergency landing at a Melawati field. The Kuala Lumpur Aeronautical Rescue Coordination Centre (KL ARCC) has been called to do the rescue and recovery efforts. Aircraft Accident and Incident Investigation, International Civil Aviation Organisation (ICAO Annex 13) has also been tasked by the government and will submit an investigation report within 30 days from the date of the air accident.