The Asian Affairs > Latest News > Thailand > Government To Universities: Suppress The Demands Of Students For A Reform Of The Monarchy 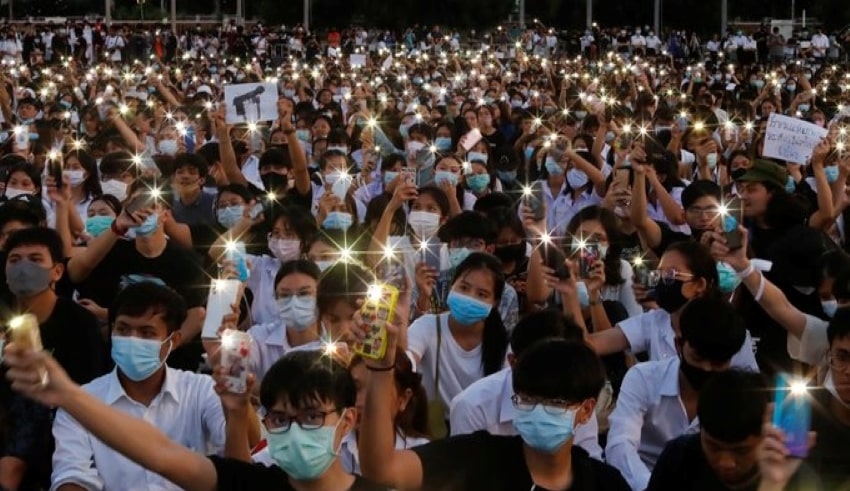 Authorities have summoned university heads to tell them to stop students from seeking monarchy change, threatening that such calls could lead to abuse which was stated by a member of the military-appointed Senate.

Since mid-July, Thailand has seen near-daily demonstrations calling for Prime Minister Prayut Chan-o-cha, a former junta leader, to resign and for a new constitution and election. Some organizations have also listed ten demands to curtail His Majesty the King’s Royal Palace’s forces, breaching a longstanding tabou.

Senator Somchai Sawangkarn told Reuters that letters had been sent to university heads by state-appointed provincial governors, inviting them to meetings ahead of the demonstrations in Bangkok and elsewhere scheduled for Sept 19. University administrators should build consensus on this with the students, and should bring an end to the monarchy demands.

They have not told the governors to stop the protests but we want them to develop understanding with university officials, particularly on the 10 monarchy demands. An official at the Interior Ministry acknowledged that certain letters had been sent and claimed that it was a routine protocol.

Student leader Panusaya Rung Sithijirawattanakul, 21, who was the first to read out the list of 10 palace reform demands, told Reuters that desperate strategies amounted to we use this strategy to continue and silence and harass protesters, said Ms Panusaya, one of more than a dozen demonstrators detained before being released on bail in the wake of recent demonstrations.

A letter to one university reviewed by Reuters stated: There are questions about the actions of those groups involved in the demonstration that are unacceptable, for example those seeking to overthrow the monarchy and those proposing that Article 112 of the Criminal Code be annulled. Article 112 refers to the lese majeste laws of Thailand which imposed a prison sentence of up to 15 years for insulting the king.