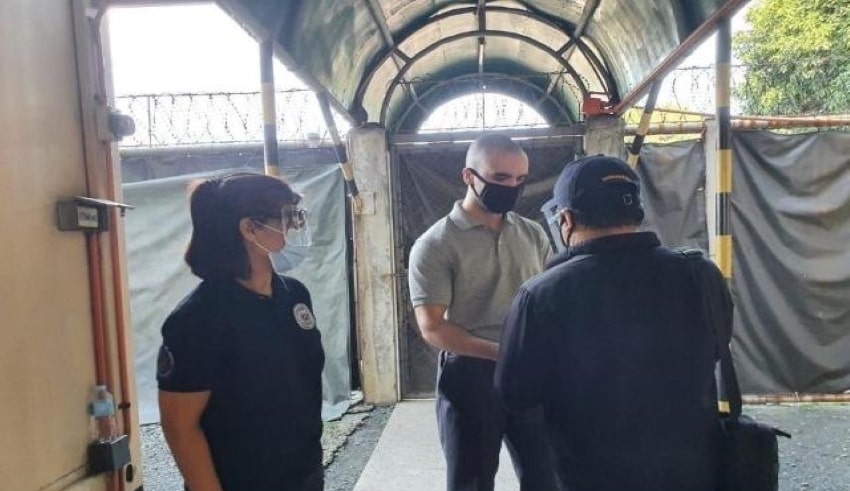 Pemberton, who were confined inside the joint United States Military Advisory Group (JUSMAG) facility at Camp Aguinaldo since 2014. He was finally allowed to leave the country yesterday.

Sandoval said that Pemberton has successfully been deported and the millatary plane left this morning.

She also confirmed that Pemberton was transferred from the Bureau of Corrections (BuCor) to the custody of the BI and wasn’t able to talk much during the procedute.

Pemberton was very calm and very serioes. Pemberton’s lawyer Rowena Flores described him as “a man of very few words.” He wore a face mask and was in handcuffs from Camp Aguinaldo until he arrived at the NAIA Terminal 3. BI ecorts was able to remove his hand cuff until he’s about the board the C130.