The Asian Affairs > Blog > Indonesia > Govt’s Plan to repatriate, and Wishes of Ex-ISIS Indonesians in Rojava 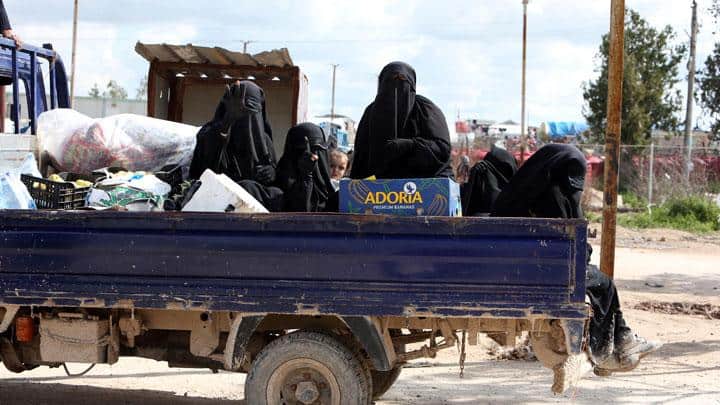 Indonesian government plans to repatriate 600 citizens used to be the terrorist group fighters. A former supporter of ISIS Aleeyah Mujahid, 25-year-old, not her real name, welcomed that plan.

“This is the answer we have been waiting for since the past two years,” Aleeyah said as quoted byTempo on Wednesday, February 5. She has been a refugee in Rojava camp in Syria since the end of 2017 after the international terrorist group was completely defeated.

Aleeyah claimed that she kept thinking about when she could return home since the beginning of her living in the camp. At that time, she thought she had to wait for a few months considering the Indonesian government had picked up one group. “But it turns out that I have to wait longer.”

Aleeyah wanted to be moved to a better place. “If the answer [of my prayers] is Indonesia, alhamdulillah, ” she noted.
According to what she informed, there are 13 female adults and some 30 children from Indonesia that live at Rojava Camp.

Although each family has sufficient the need for water and electricity, but for food they must rely on themselves.Some of them work, do business or wait for aid from their long-distance family to meet their daily meals.

Aleeyah said she kept communicating with her family and relatives in Indonesia who also waited for her to back home.

Previously, there was an announcement from Religious Affairs Minister Fachrul Razi on February 1 about the repatriation plan of 600 ex-ISIS Indonesians. Even so, he then clarified that the idea was still being discussed.