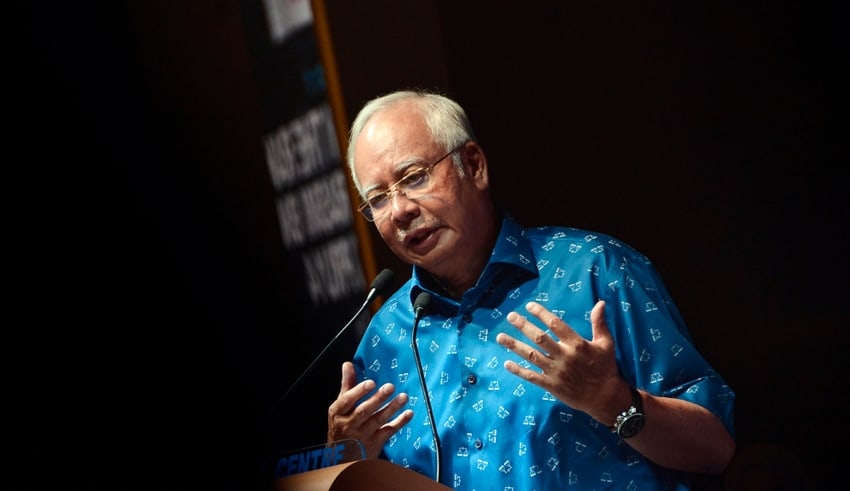 Datuk Seri Najib Razak’s corruption and money-laundering trial over 1Malaysia Development Berhad ( 1MDB) funds will not start as scheduled for tomorrow, as the former prime minister will assist with Barisan Nasional’s by-election campaign in Chini, Pahang this Saturday.

Najib ‘s lawyer Tan Sri Muhammad Shafee Abdullah today told the Kuala Lumpur High Court that it was important for his client to be in Pahang to improve the turnout of voters.

Judge of the High Court Collin Lawrence Sequerah then asked if Najib could attend the trial for at least half a day tomorrow, but Shafee said that it would be “impossible” for Najib to do so because of the packed election campaign and asked for permission to allow Najib to perform his statutory role as MP.

The judge then permitted the trial request not to proceed as previously scheduled tomorrow, owing to Najib ‘s statutory position as MP. The July 4 or this Saturday Chini by-election is a three-corner battle between BN candidate Mohd Sharim Md Zain and independent candidates Tengku Datuk Zainul Hisham Tengku Hussin and Mohd Shukri Mohd Ramli. The state seat of the Malay majority has 20,990 electors.

As for the trial today, the judge allowed Shafee ‘s request for the proceedings to continue through lunch and end earlier at around 2 pm, as the latter had an appointment for a meeting at Wisma Putra, Putrajaya around 4 pm. Today, Shafee again mentioned the potential need for the 1MDB trial not to proceed as scheduled during July 13 to July 17, if Najib’s presence as Pekan MP is required in the Dewan Rakyat when it comes back on July 13.

Shafee said that the trial could proceed as planned during that week, but said that there would be two circumstances in which Najib will have to attend Parliament either when making a speech on some specific bill or when Mps’ votes are counted for the bills to be passed

The judge then said he was reluctant to continue with the 1MDB trial unless and until Najib ‘s presence in Parliament is completely required, with Shafee agreeing that on court days, they will play by ear. Shafee also pointed out yesterday that Najib was expected to be in Parliament from 13 July to 17 July, saying that this was probably Parliament’s most important sitting due to some turbulence expected in this current sitting.

But the judge also said that he would not be able to give a blanket ruling for trial so as not to go on for the whole week. There’s no trouble requiring the trial to be delayed while there are significant motions to be discussed and voted on in Parliament, adding that this could be done on a regular or even part of the day basis.

In view of this, The trial will resume on July 15, with Shafee expected to continue to cross-examine former 1Malaysia Development Berhad (1MDB) CEO Datuk Shahrol Azral Ibrahim Halmi who testifies for several more weeks as the ninth witness to the prosecution. The prosecution said it lined up another 55 more witnesses, including about 20 formal witnesses, to be called.

Trial dates for this case were set from July through October for almost every week.