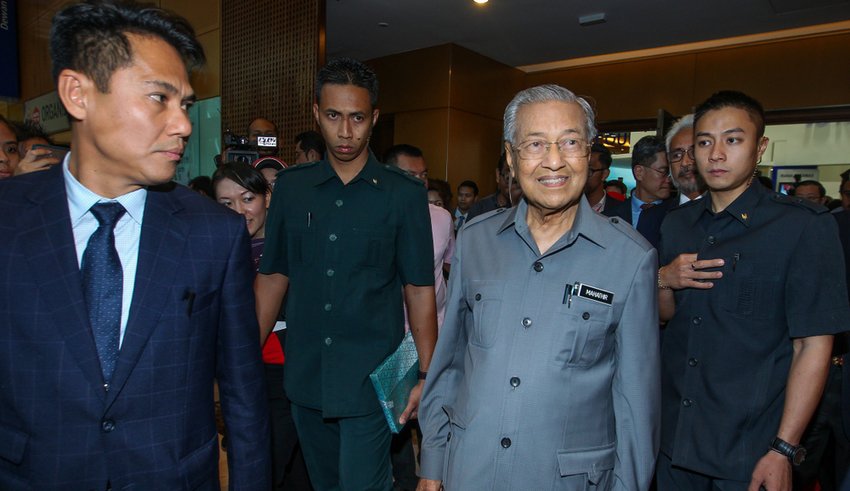 The High Court here today dismissed an appeal by Tun Dr Mahathir Mohamad and the other four disqualified Parti Pribumi Bersatu Malaysia (Bersatu) for a provisional injunction order to declare their expulsion from the group to be unlawful.

Matters were initially intended to be debated in courts, but the hearings were conducted in open court but behind closed doors owing to social distancing regulations; press was not permitted in.

Today ‘s provisional order was requested in response to an initial compulsory injunction order applied for by Dr. Mahathir and four others against Muhyiddin and the other three parties, while waiting for the final trial of the case, which has since been scheduled for July 9.

Speaking after the trial, Haniff Khatri, representing Dr Mahathir and his supporters, clarified that the ad-interim injunction had been requested to preserve the status quo within the group and that it was considered unconstitutional for the suspension of its membership before the case was heard in court. So no damage can be done until inter-party hearing of the matter on July 9.

After hearing arguments from all parties including the senior federal counsel, the court ruled that a no-go was the ad-interim order.

Meanwhile, Rosli Dahlan, Muhyiddin ‘s representative, explained how the court ruled that all defendants in this case do not have to file their defense reply to the original suit after they submitted that instead they would seek to strike the entire application out.

It’s a poor move, it’s malicious, vexatious, scandalous, and a court abuse; then she (the judge) decided and the defendants didn’t have to submit our defense.

With respect to the request for a temporary injunction order, Rosli explained how the court agreed to their argument that the ad interim order was illegal.

While elaborating on their grounds they intend to apply to strike out the initial complaint of Dr. Mahathir, Rosli clarified that the first problem to be resolved will be the question of identifying Bersatu as a plaintiff in the action.

In addition to requesting redress, Dr Mahathir and four other MPs also lodged a complaint on June 9 to contest Bersatu’s dissolution of their membership and essentially their leadership positions in late May.

Throughout their case where they are demanding 26 judicial rulings, Dr. Mahathir and the other people concerned requested the court to rule that Bersatu chief Muhyiddin is not the party’s acting chairman and that Hamzah ‘s nomination as the party’s secretary-general is unconstitutional, and that both the latter two should be dismissed as party leaders.

Dr Mahathir filed the complaint in his claimed capacity as Chairman of Bersatu, with the remainder suing being appointed as Datuk Seri Mukhriz Mahathir as Deputy Chairman of Bersatu, Syed Saddiq Abdul Rahman as Leader of Bersatu Youth, Maszlee Malik and Amiruddin Hamzah. All five say they are still leaders of Bersatu, following their expulsion from the group on May 28.

Dr Mahathir and his co-counsels accompanied Haniff and the other plaintiffs.