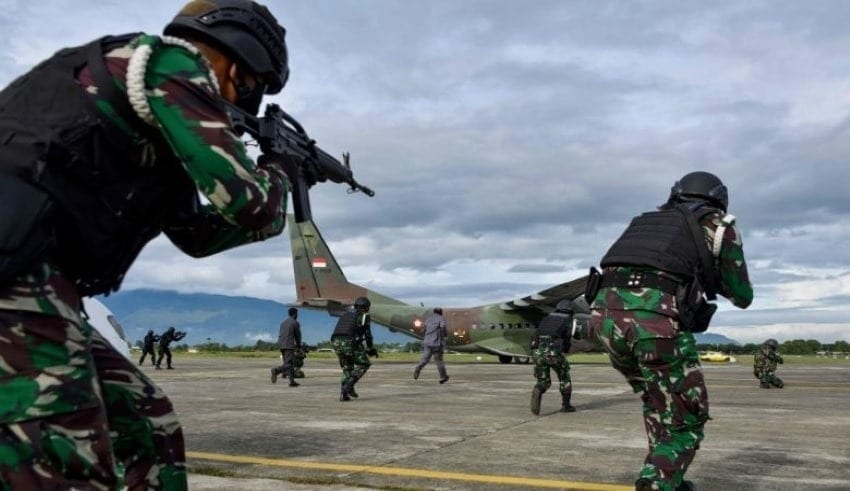 After a meeting in Washington between Indonesian Defense Minister Prabowo Subianto and US Defense Secretary Mark Esper, Indonesia and the United States agreed to enhance defense and security cooperation.

According to a joint statement by the Ministry of Defence of Indonesia and the US Department of Defence on the same day, the top defence officials discussed regional stability, bilateral defence priorities and defence acquisitions.

As the two nations extend their partnership, Secretary Esper shared the importance of respecting human rights, the rule of law and professionalisation. Minister Subianto stressed the importance of military participation at all levels and expressed gratitude for the support of the United States for the modernization of defense in Indonesia.

But it did not elaborate on what kind of assistance had been referred to by Mr. Prabowo. During his five-day visit that ended yesterday, there was no official statement about any agreement sealed.  In view of this, The US was supposed to renew Jakarta ‘s warnings against large weapons purchases from Moscow, and experts cautioned that buying Russian fighter jets could result in US sanctions under the US Countering America’s Adversaries Through Sanctions Act.

The visit of Mr. Prabowo also came at a time when Washington is setting its sights on South-East Asian partners to restrict China’s increased presence in the Indo-Pacific region. The restart of work to retrieve the remains of US staff lost in Indonesia during World War II under a memorandum of intent signed by Mr Prabowo and Dr Esper is among the potential cooperation between the US and Indonesia.

The US provided ventilators and US$ 12.3 million (S$16.7 million) in Covid-19 relief funding to Indonesia, the fourth most populated nation in the world with nearly 270 million people, where 365,240 were infected and 12,617 were killed by coronavirus.

Mr Prabowo, a former commander of the Special Forces, had previously been barred from entering the US for two decades because of his alleged role in past human rights abuses, including the 1998 riots following the collapse of President Suharto of Indonesia. Concerns over human rights violations have also put an end to cooperation between the military in Indonesia and the US.