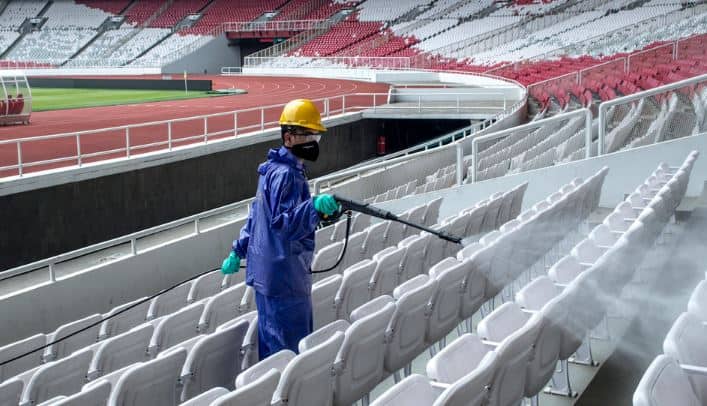 At present medical workers throughout Indonesia are struggling to put themselves in the forefront to fight the growing number of Covid-19 pandemic.

Every effort has been made, from juggling the Grand Cempaka Business Hotel to a residence for medical workers to recruiting thousands of doctors, nurses, laboratory staff and final-level medical students as volunteers.

“Most of the cases continue to occur in Jakarta. But we noted a significant growth in South Sulawesi, where there are 14 new cases today alone,” said Achmad Yurianto, the spokesman for the government’s Covid-19 Task Force.

According to Yuri’s statement, this is the second time the number of cases in one day has hit triple digits. Until Thursday, March 26, the total positive cases in Jakarta are 515 cases with 46 people dead.

DKI Jakarta Governor Anies Baswedan revealed that there were a number of medical workers who had fallen because of infection or were killed in this humanitarian assignment.

“The number of infected medical workers is 50 in Jakarta alone. Two of them have died. The cases are found in 24 hospitals across Jakarta, “Anies said in a news conference on Thursday, March 26, at City Hall.

In a posting on Instagram Anies said the government-owned Grand Cempaka Business Hotel which has 220 rooms and 414 beds has been able to be occupied by 138 medical workers from two hospitals in Jakarta.

“Starting today, the Grand Cempaka Business Hotel is being operated as a shelter for medical workers in Jakarta who have been working very hard to defeat the Covid-19 epidemic,” Anies posted, Thursday, March 26.

In addition, Anies revealed in the near future there will be three other hotels owned by the city government which later all supporting facilities in the hotels will be exclusively used to protect and serve medical workers. With details of 261 rooms and 361 beds.

Not only that, other efforts are being made by the Volunteer Coordinator for the Covid-19 Task Force, Andre Rahadian, conveying encouragement to other professions to share roles in fighting Covid-19 in the country.

Andre said it also needed 2,500 nurses and people to work as ambulance drivers to final-level medical students to volunteer in online psychological and medical consultation services.

“The country calls on you to become volunteers in this fight against the pandemic,” Andre said.

Until Thursday, cases of Covid-19 in Indonesia have increased to 893 cases with 78 deaths.