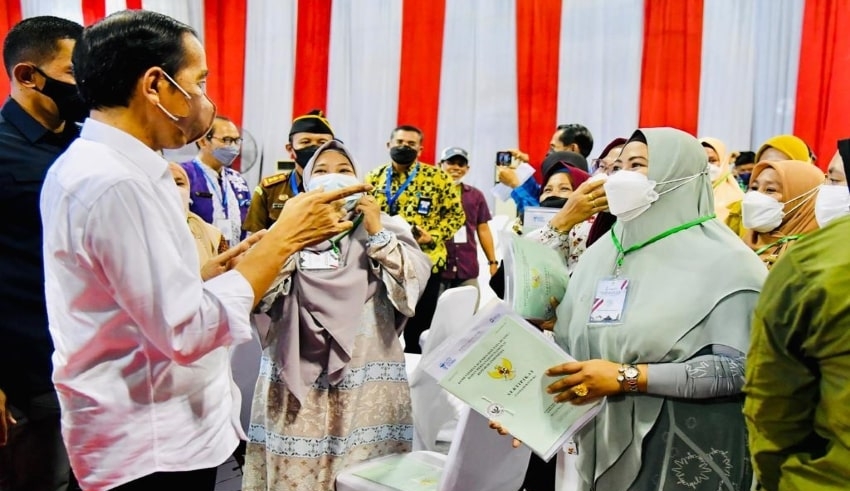 Indonesia – President Joko Widodo (Jokowi) has outlined three main conditions that must be met to bolster the empowerment of Indonesian women. The three conditions are the equalization of digital infrastructure, digital literacy, and entrepreneurial skills training for women in remote regions of the country, he said.

In view of this, He made the statement while opening the G20 Women’s Empowerment Kick-Off Meeting, according to a press release issued by the Ministry of Communication and Informatics.

The equalization of digital infrastructure is required because it can support women in many productive activities, Jokowi said. One way is to make it easier for women in the digital industry to access financial services. According to the President, the development of the digital economy may turn out to be more massive, entering every aspect of people’s lives in the future. Hence, he said, the government must accelerate the growth of the digital economy.

Digital infrastructure correlation is one of the conditions that can ease women’s access to financial services in the digital economy. Second, by encouraging Indonesian women to master digital literacy, each of them can use and benefit from digital technology by being productive, President Jokowi has shared.

Third, Indonesia should improve and increase women’s training and development so that Indonesian women can upgrade their qualities and skills, such as entrepreneurial abilities, he added.

It’s About Time To Embrace The Significance of Digital Technology

Along with this, he  said the three conditions are important because they will have an impact on the progress of women in Indonesia in their efforts to become more independent. Thus, Indonesia can have a positive influence on women’s empowerment in the Asian continent in the future, he added.

Morever, This could be realized by adding more entrepreneurship training and workshops for women in Asia for the advancement of their protection and empowerment where he remarked it powerfully. .