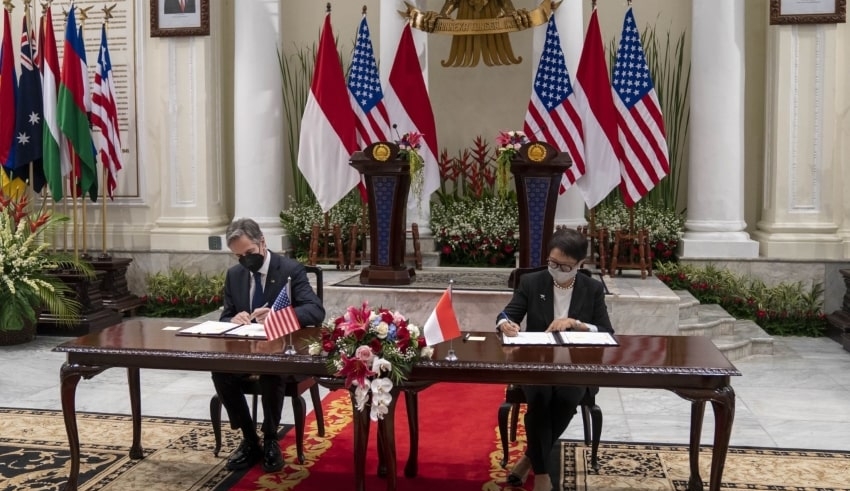 Indonesia – Antony Blinken, the Secretary of State of the United States, paid a visit in Indonesia, beginning off a tour to Southeast Asia aimed at boosting relations in a region that has emerged as a geopolitical battlefield between the United States and China.

In his first trip to Southeast Asia since US President Joe Biden took office in January, Blinken will begin his trip in Malaysia and Thailand this week after visiting Indonesia’s capital Jakarta, where he will meet with President Joko Widodo and deliver a speech on the United States’ Indo-Pacific strategy the following day.

The United States and Indonesia share a strong vision of a free and open Indo-Pacific region. Today, I signed an agreement with Indonesian Foreign Minister @Menlu_RI to further deepen our bilateral relations and continue our excellent partnership on maritime cooperation. pic.twitter.com/9TJU4vUM6T

In the world’s two most powerful economies, the United States and China, Southeast Asia is a vital battleground in their struggle. The Biden administration is attempting to rebuild ties with a region in which the United States’ commitment was questioned under President Donald Trump.

During his visit, Blinken will pursue President Joe Biden’s goal of elevating engagement with the 10-member Association of Southeast Asian Nations (Asean) bloc and discuss the president’s vision for an Indo-Pacific economic framework, according to a senior US diplomat for Asia who spoke ahead of the trip.

The United States and its Western allies are pushing back against Beijing’s assertiveness in the South China Sea, which serves as a conduit for a third of global trade. They accuse Beijing of bullying countries such as Vietnam, the Philippines, Malaysia, and Indonesia by interfering with energy and fishing activities in the region.

Good discussions in Jakarta with economic ministers about economic cooperation between the U.S. and Indonesia. We are committed to deepening our economic ties with Indonesia, increasing prosperity for both our countries. pic.twitter.com/8swSmOEq2P

China claims practically the whole sea as its own, and the United States has characterized the country’s moves as interference by an outside force.

The Biden administration believes that greater engagement in Southeast Asia is essential to its efforts to counter China’s rising power. However, Trump’s withdrawal from a regional trade agreement in 2017 has limited the administration’s ability to exert economic influence, while Beijing has sought to strengthen its trade ties with the region as well.

The government has not yet provided specifics on what Biden’s proposed economic framework would comprise.