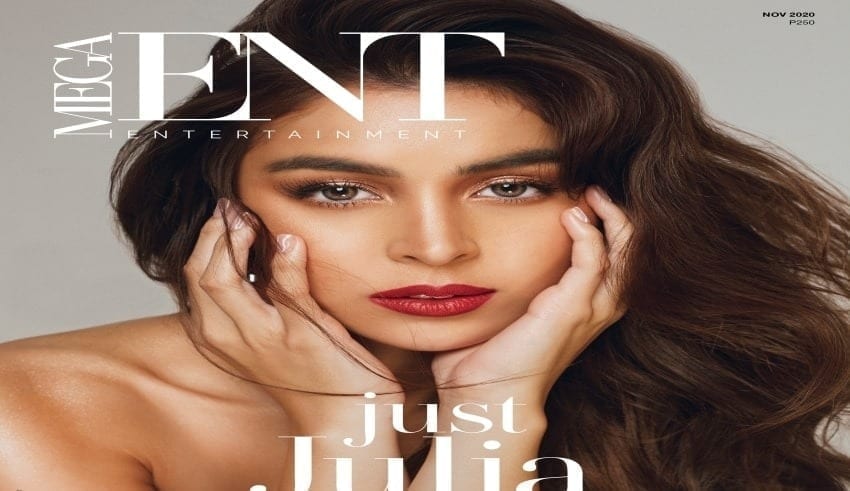 On an Mega Entertainment (November issue), Julia confirmed that she’s inlove however she did not disclose any information as to who is the guy she’s inlove with. Julia said that she learned her lesson on relationship being publicized.

#JuliaBarretto gets real. MEGA Entertainment’s first ever cover star has got it all: talent, beauty, and an enviable career. But is it enough? The actress steps out of the spotlight just long enough to give us a peek into the other side of her. Without the glitz, the glamour, and the famous last name, she is Just Julia. And she is in love. Download the digital issue now via Readly, Zinio, Magzter and Press Reader. You may also place your orders via email at [email protected] or buy the print copy online via Lazada and Shopee. Photography GEE PLAMENCO JR. Cover story G3 San Diego Creative direction NICOLE ALMERO Art direction JANN PASCUA Fashion direction JEB FRONDA Styling CATH SOBREVEGA Beauty direction TRINA EPILEPSIA BOUTAIN Makeup ROBBIE PINERA Hair RAYMOND SANTIAGO Shoot coordination PATRICIA RAMOS Special thanks to VIVA ARTISTS AGENCY #MEGAEntertainment

Julia said that she thinks nobody understand the trauma of having a relationship in public as alot of people see when your relationship fails.

“It’s so traumatizing for me because I genuinely cared about this guy, I genuinely loved this guy, and then I shared so much that when we broke up, they thought they knew the whole story,” She added.

She added that that one of the things she made herself confident in is when it comes to her personal relationship is that she’s in control of the situation as to how much she only willing to share and allow people to know. She realized how important it is to protect her peace and privacy.

Last March, the actress hinted about her love life when she posted about a birthday dinner with her family.

Netizens speculated that she was the girl on rumored boyfriend Gerald Anderson’s house in Zambales.

Kapamilya actor Joshua Garcia and Julia’s ex-boyfriend revealed that he texted Gerald regarding the controversies involving them.

He said that he already texted Gerald but he has yet to received a reply. Joshua admitted that he just want to clear things up to avoid having awkward feelings between them. Gerald was allegedly the reason why Joshua and Julia broke up as Gerald and Julia co-starred in the Black Sheep movie “Between Maybes.”