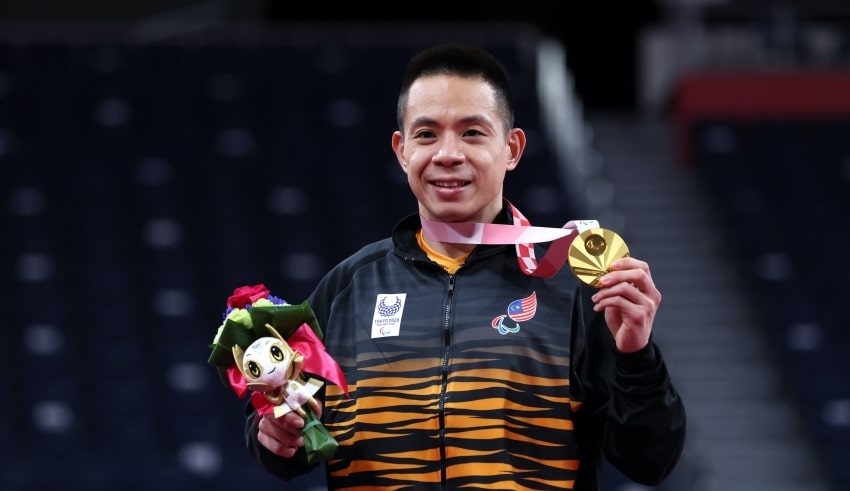 The 33-year-old world number two was on fire as he defeated Indonesia’s Anrimusthi Dheva 21-17, 21-15 in the men’s singles SU5 (physical impairment) final at the Yoyogi National Stadium.

Badminton will make its Paralympic debut in Tokyo.

In the opening game, world number one Anrimusthi committed a sequence of mistakes, handing Liek Hou a comfortable 5-0 lead until the Indonesian cut the deficit to 5-8.

After establishing a dominating 11-5 lead before the break, Liek Hou’s play deteriorated, enabling the Indonesian to even at 15-15. This roused the national shuttler from his slumber, and he recovered his composure before scoring the game’s last point with a spectacular smash.

The second game was a considerably tighter contest, with both shuttlers battling for a narrow 11-10 advantage at the interval.

This time, Liek Hou was fully awake, displaying incredible tenacity to withstand the Indonesians’ attacks and secure a 21-15 victory and the desired gold medal.

Liek Hou then dropped to the floor, savoring the moment before rising and running to his coach Datuk Rashid Sidek to celebrate with him.

It also allowed Liek Hou extend his winning run to five matches in Tokyo, including three in Group B.

Three gold medals have been established as the national contingent’s goal for the Tokyo Paralympics.