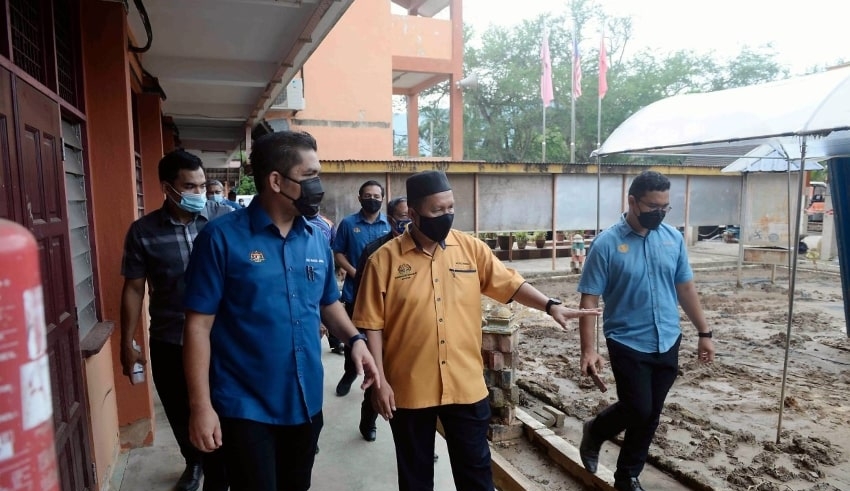 In response to the water surge phenomena that occurred on August 18, the Ministry of Education (MoE) has allotted RM2.4 million to carry out repair work at four schools in the area that were severely damaged by the floods that followed.
(C) thestar.

In response to the water surge phenomena that occurred on August 18, the Ministry of Education (MoE) has allotted RM2.4 million to carry out repair work at four schools in the area that were severely damaged by the floods that followed.

A One Week Preparation is not Enough

A news conference was held following his visit to the SK Haji Nyak Gam, during which the minister said that RM2.4 million had been made aside for the restoration and replacement of damaged infrastructure and assets caused by the floods in the Yan area.

According to Radzi, his ministry would guarantee that repair work at the affected schools will be carried out as quickly as possible in order for the schools to be in great shape for the start of the school year on October 3.

Furthermore, he said that he had notified the state education director to ensure that, if the situation required restoration, that work be carried out right away in order for the school to reopen and students may return to class.

Radzi said that the school reopening on October 3 would be conducted in stages and ways that will be disclosed to the public later, after the conclusion of the engagement sessions involving school administration and teachers.

“We are conducting engagement sessions, and after they are completed, we will meet with the Ministry of Health to discuss the opinions and feedback we have received, and from there we will announce the approach. “Everyone is concerned about this October 3 deadline, as if everything would be completely operational (by then); nevertheless, this is not the case (so). We’ll go through each point one by one. The strategy, which includes a new SOP (standard operating procedure) that will be implemented, is thorough,” he said.